Making my way to my seat, I see there’s already a lot of people up in this place. Rows filled to the top all the way around the building. We get rolling and the first fight is a sloppy, scrappy, amateurish affair that was actually pretty fun and a nice debut for the kid, Kota Miura, whose dad was a big-time soccer player. 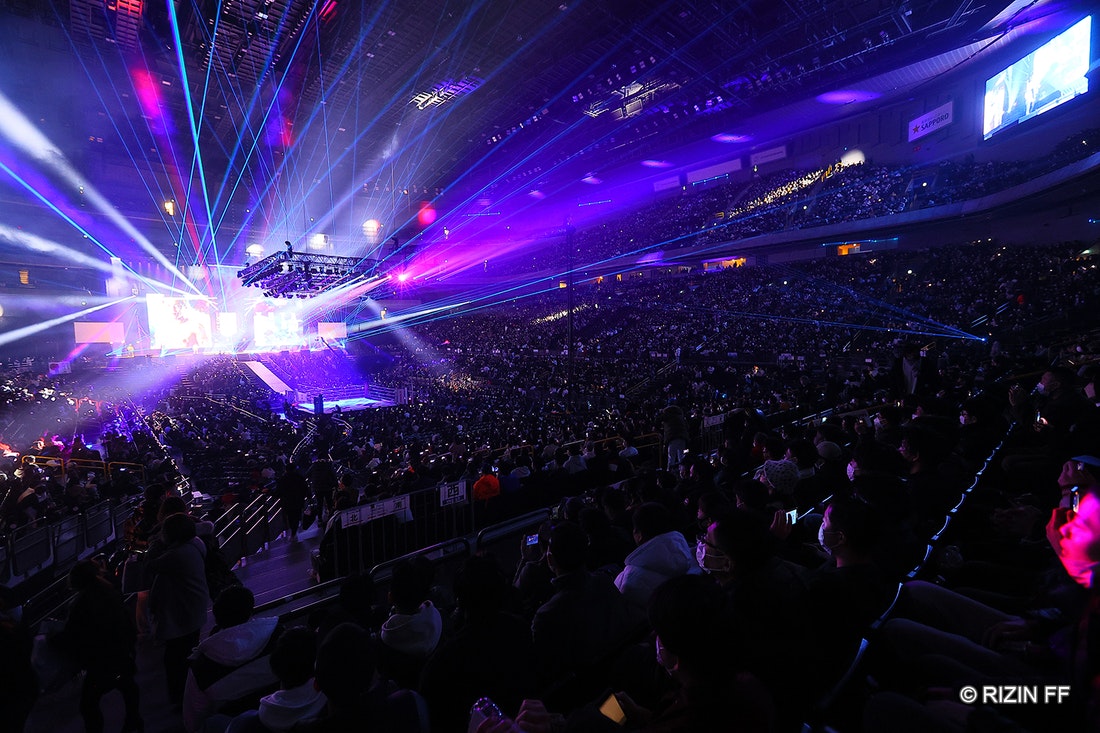 Now for today’s epic lunchtime set: "Scary Kenta" Takizawa vs. Kai Asakura followed by Hiromasa Ougikubo vs. Naoki Inoue. If you read my preview, you know my picks; let’s just see what happens.

Kai’s coming out now and it’s weird having such a big fight and his walkout so early - the vibe is reserved - but that’s the way they gotta do it for two fights in one night. 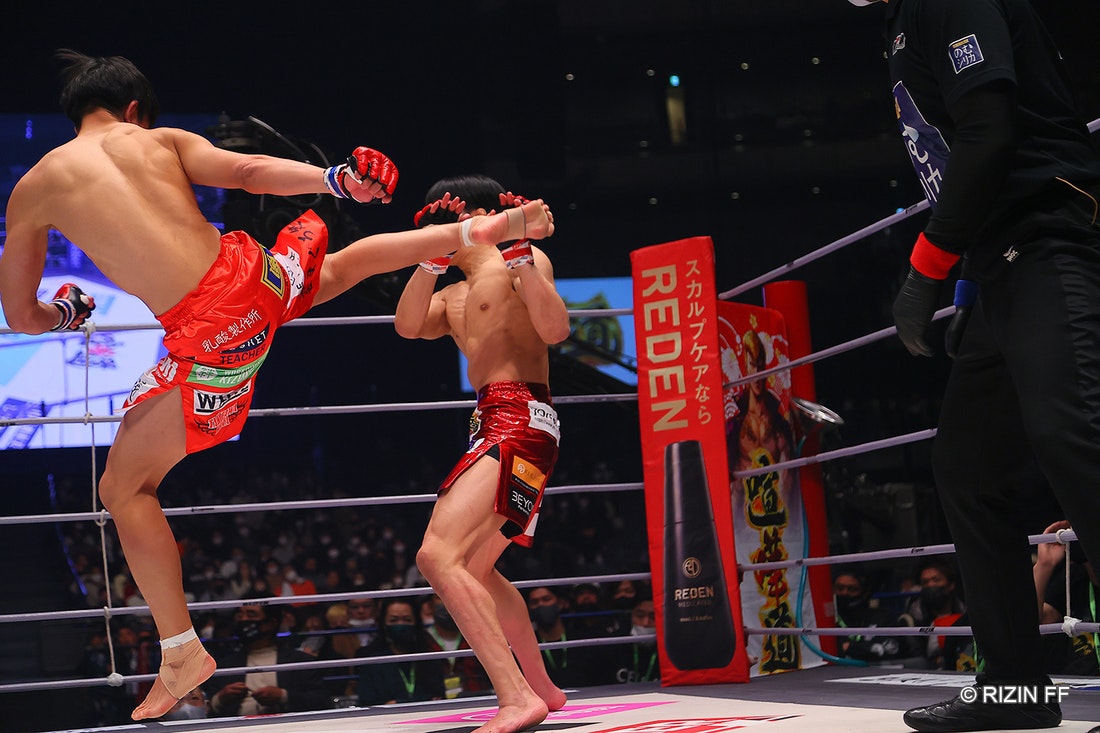 Takizawa spends much of the first round circling on the outside with a kick heavy attack, while Kai steps in for some power shots. The second round is more even, with Kenta landing some nice kicks and generally being more active. I think Kai takes just about any decision though. Three minutes into the third and I was about to say Kenta’s winning the fight when Kai takes over. He momentarily drops Takizawa and connects multiple times. The fight ends. Kenta throws his mouthpiece and Kai jump on the ropes. Both fighters know the judges’ decision.

Surprisingly sedate showing from Kai though; he was clearly thinking about the next fight. Didn’t look like he took much damage*; maybe a bit to his legs. *We find out later this was not true.

Naoki Inoue is probably my favorite RIZIN fighter right now - sorry Yusuke, I’ve moved on - and who I’d like to see win it all. In my preview I predicted a quick finish in this fight. Despite my fondness for Naoki, I far prefer Hiromasa’s walkout song, which is sort of Japanese Country & Western.

Much better first round of action than anything we saw in the first fight, though Inoue is largely in control. His striking and ground work both look fluid while Ougikubo doesn’t have much to offer.

It seems I spoke too soon as Ougikubo offers quite a lot of ground control in the second and has Inoue in some trouble. Whoever emerges from this fight will not be unscathed. In the third, Naoki just doesn’t look right and I wonder if he’s hurt or expected a much easier match (as I did!). Regardless, he’s about to lose a decision. He does. 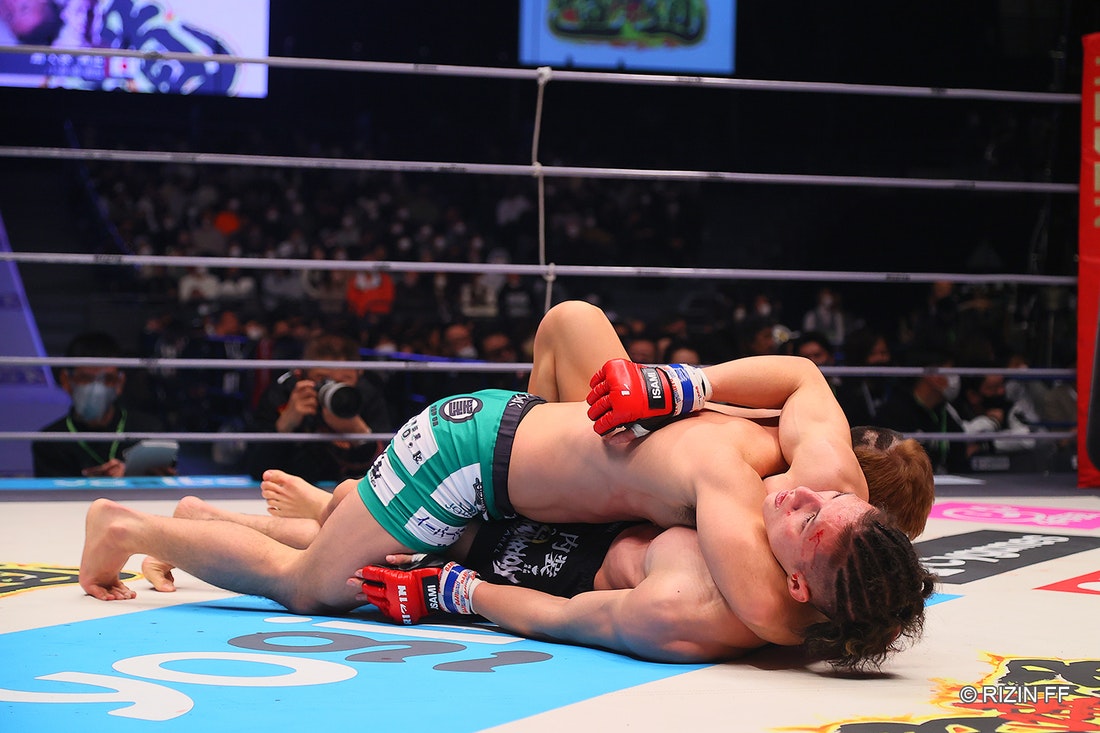 Wow, super impressive from Hiromasa. I did not expect that. Here’s hoping he has something for Kai in the final.

Please visit Fight Pizza for the rest of the card and other atmosphere.