As it happened from Saitama Super Arena

The last RIZIN show held in Saitama Super Arena was the New Year’s Eve 2020 show. I haven’t personally been here since 2019. COVID fucked with shit, no? And while we’re still in the pandemic, things are getting better in Tokyo and Japan. Despite a late start to vaccination and a scary Olympic surge, many more people are vaccinated and cases are steadily going down. We still wear masks everywhere, but that’s sort of Tokyo for you. There’s still a cap on attendance for this show and limits on booze, but I imagine those will be eased fairly soon, most likely in time for the NYE 2021 show and the finals of the Bantamweight Grand Prix whose quarterfinals we will witness shortly – this begs the question: where and when are the semis? A couple days before the finals? Same day? Inquiring minds.

For the sake of accountability, I posted my picks a few days ago. It was a somewhat tongue-in-cheek exercise, but there they are. For now, welcome home RIZIN! Otsukaresamadeshita! 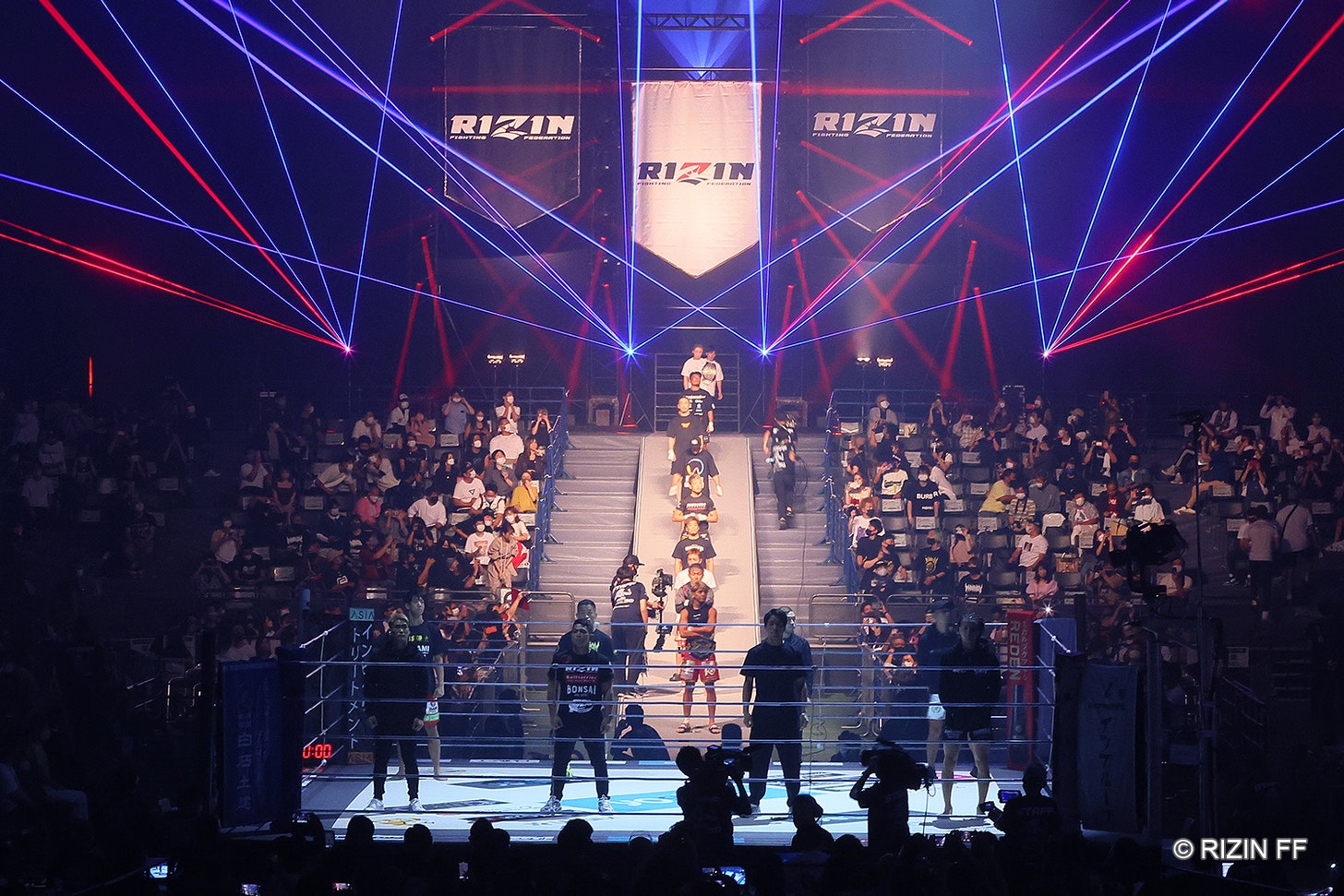 The arena is already filled (given COVID restrictions) as the first fight of the night kicks off. The crowd is as eager for the return to Saitama as I am. It’s a somewhat historic fight as it’s the first women’s kickboxing fight in promotional history – I do not expect RIZIN history to wind up being a great catalogue of women’s kickboxing, but whatever. Panchan Rina is attractive and "not shy" meaning if you look hard on the internet you can probably see some skin, so she gets all the promotional push here. Her opponent Momoka is a wizened vet and I can imagine her pulling Panchan Rina aside backstage and saying in a gravelly Shinya Aoki voice, "Looks fade, toots." It’s a reasonably close fight and Panchan Rina takes the unanimous decision. I’m shocked! 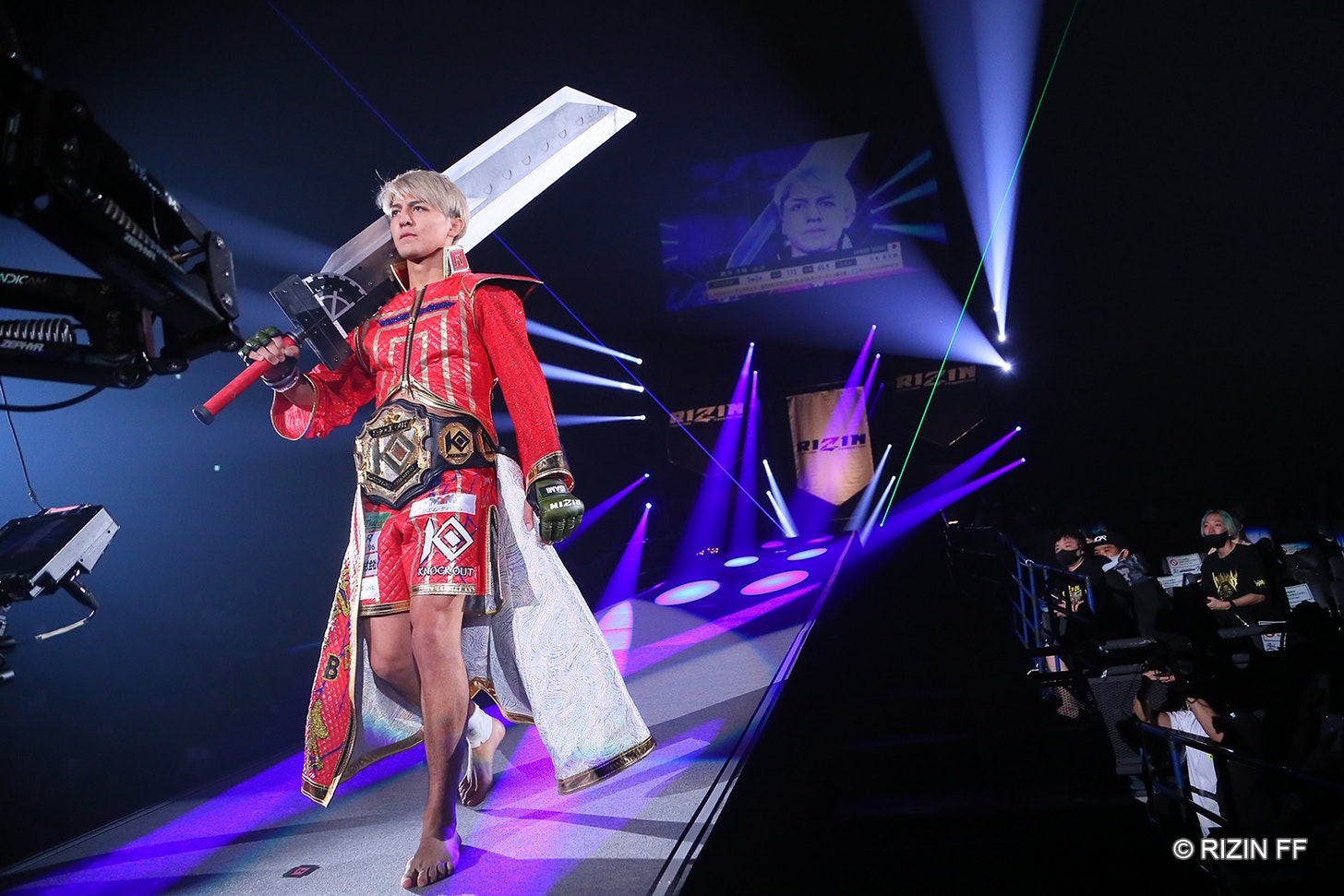 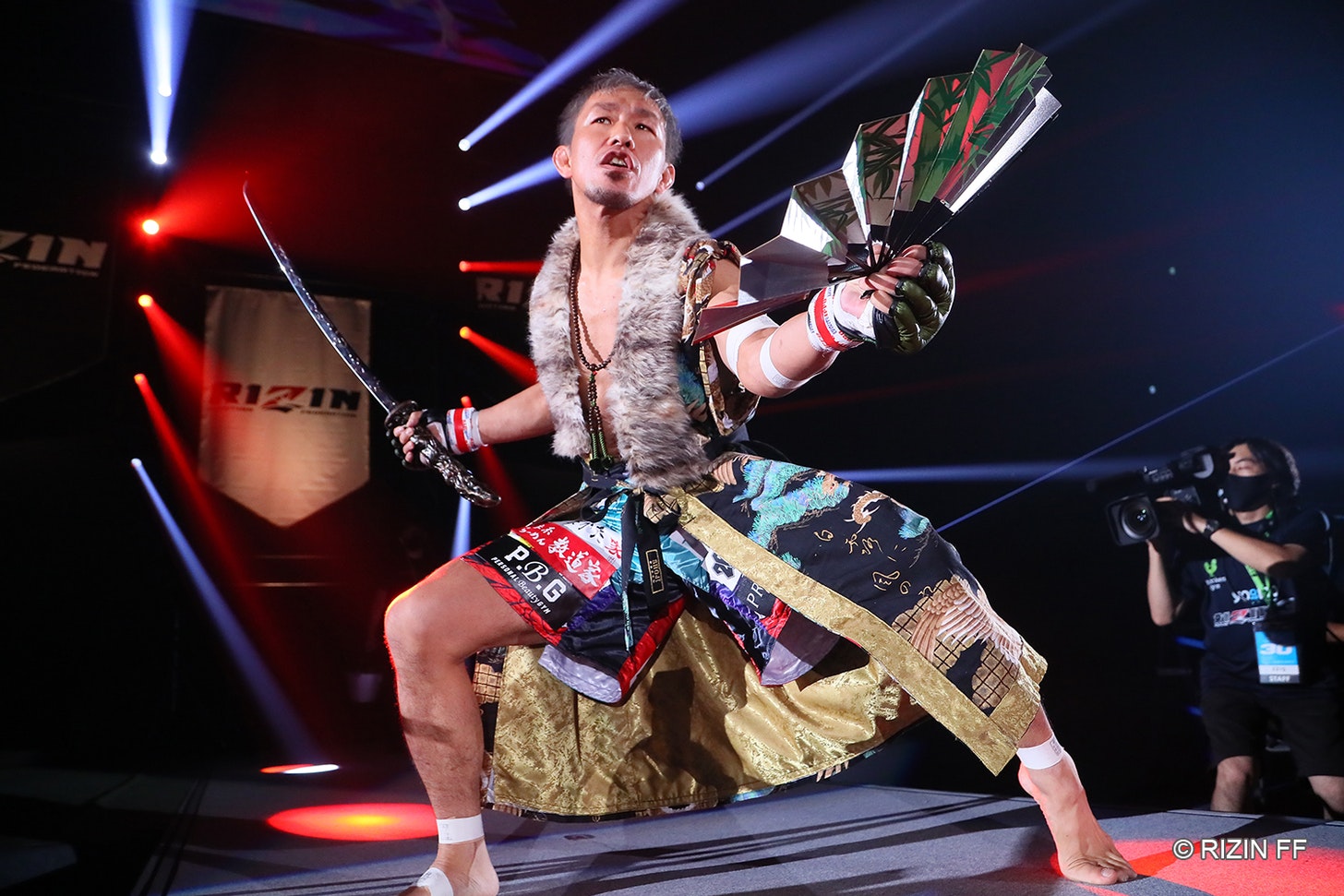 For the second bout, we have a battle of the walkouts that may just wind up being better than the fight. Chihiro Suzuki has got a huge fucking sword which makes me think of Guts from Berserk, but I don’t actually think that’s what it is which is super disappointing. Shoji does his standard cool quasi-traditional walkout. But nope, the fight beats the walkouts. Absolutely bonkers 20 seconds and the old man takes it. The young pup wanted to swing and got dropped – maybe if he’d cosplayed Guts instead. Or the behelit. Awesome display from Shoji. Old man power! Best Finish.

The third fight pits two relative debutantes to MMA from other disciplines and I’m kind of intrigued. Kubo has a Ferrari and a weird hot wife and Ota has a 2016 Olympic medal in wrestling. Oh my! The wife can apparently sing and rap too and she performs her husband’s walk into the ring. He looks nervous; it could be a long night if he gets taken down early. He gets taken down early. 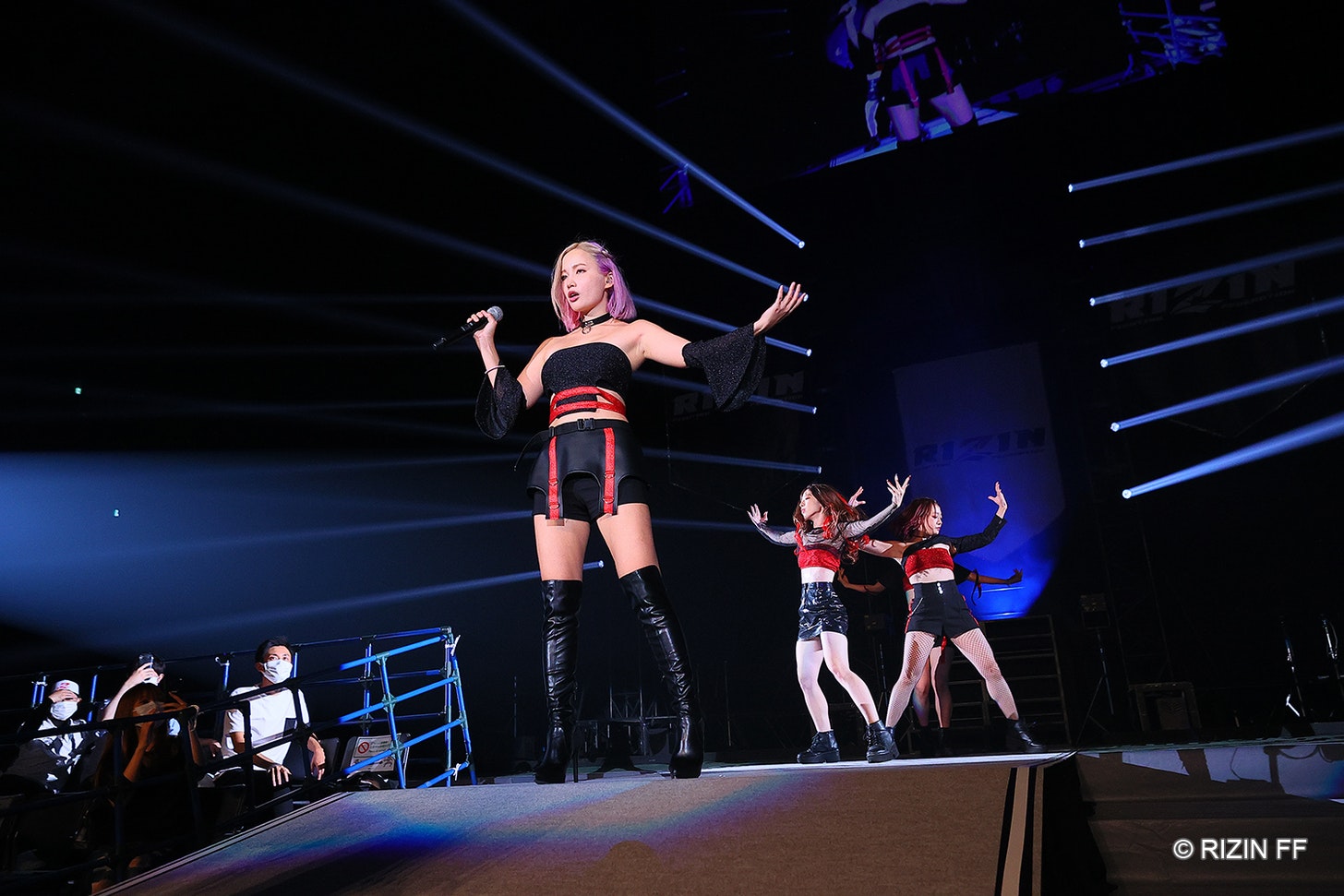 Someone really needs to tell Kubo that he’s not going to win by striking off his back. Not an impressive performance from Ota either, despite spending 14:30 on top. He should finish someone so completely outmatched. Kubo will have to find comfort later with his wife and her boyfriend.

I’m a little nervous about the next two fights as I have a rooting interest in each that might just wind up face first on the canvas. First up, my man Ulka Sasaki. I’ve been a fan since his UFC days and he’s had a tough run of it lately and got his face broken by tonight’s headliner Kai Asakura. He’s up a weight class here against a tough guy in Yoshinori Horie. Ulka gets into a clinch early and pushes his opponent against the ropes. Not much happens. In the second round, Ulka is getting hit a bit, but controls the grappling. Round-by-round, I’d say 1-1, but I’m not hopeful going into the third. After the third: not a great fight and I think he’ll lose the decision. He loses. Yachi revenge me!

Probably my all-time RIZIN fave Yusuke Yachi takes on scary California Orange man Koji Takeda. I’m terrified he’s gonna get destroyed and may close my eyes for the next 15 minutes or until I hear screams. Yachi comes out to a new song by some band that sounds like Japanese White Zombie and I have a burst of confidence like he’ll be able to steal Takeda’s dirtbag mojo. Yachi opens with a surprise knee ala Masvidal but gets a hook to the jaw in return. Then he almost gets his arm snapped off. But he survives! And lo and behold for the next two rounds fights a smart and measured fight! At the bell, I’m feeling kind of hopeful for Yachi. He fights well and intelligently (a rarity!) and gets the unanimous decision. Sugoi desu ne!