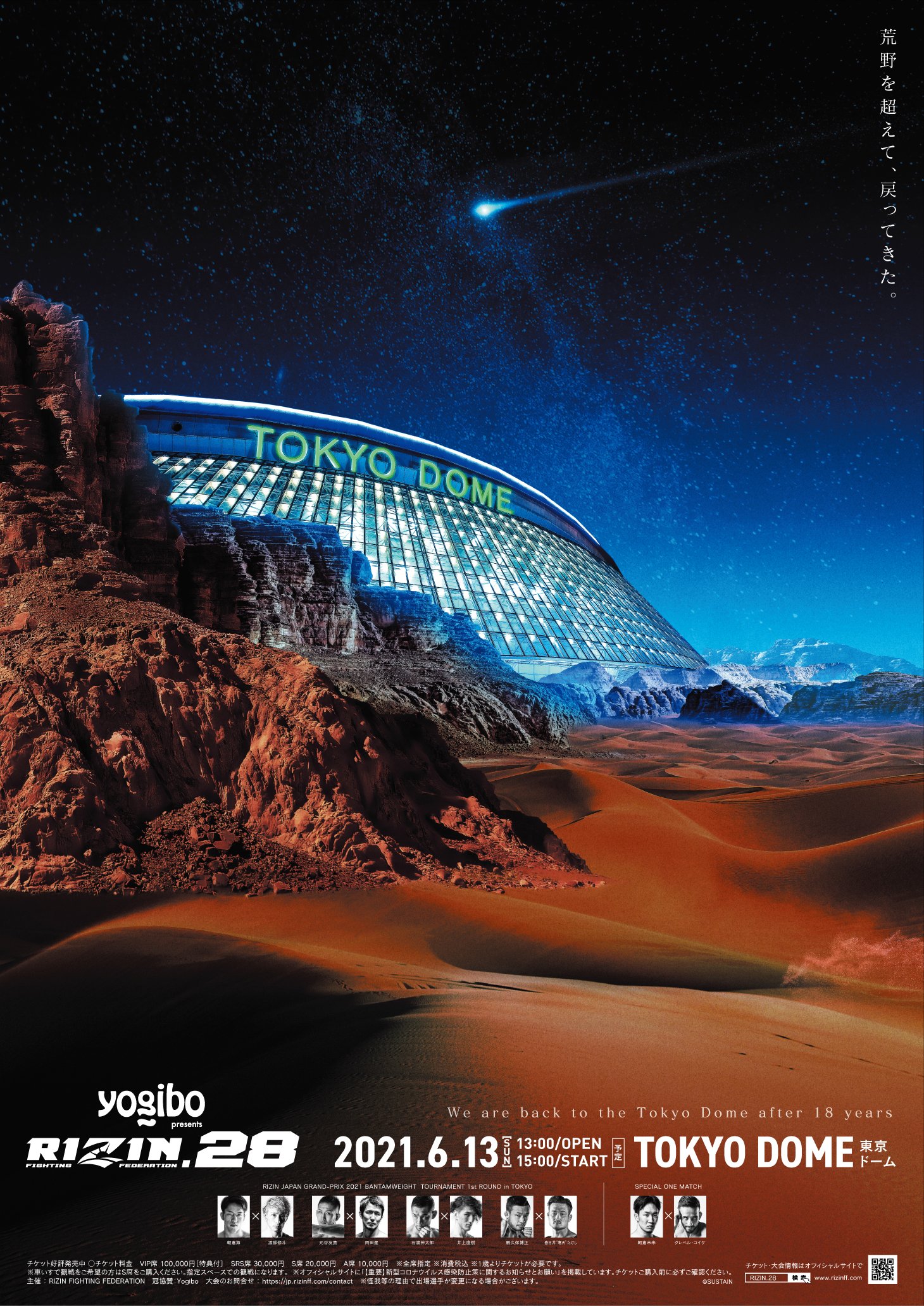 THE MOST THRILLING PROMOTION IN COMBAT SPORTS RETURNS!!!

YES MANIACS THE SUPERIOR RULESET ACTION IS BACK & BETTER THAN EVER!!!

& I GOT ALL THE HOT CONTENT FOR YOU RIGHT HERE!!! 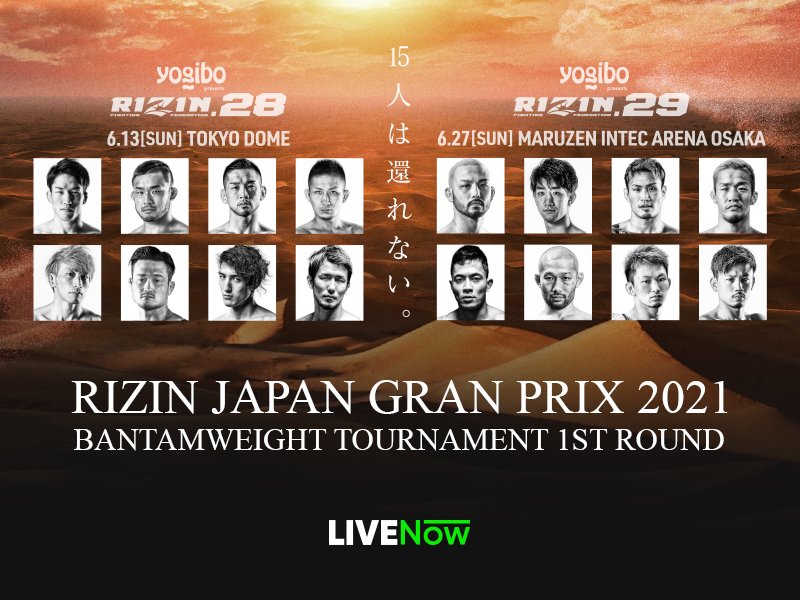 Yes it's SO good to be back here at Mania with y'all, I finally found out the problem was SB Nation doesn't allow 3rd party login from Yahoo anymore, & technical support helped me regain my account...

So GET PUMPED about EPIC RIZIN's Return to Tokyo Dome after 18 years with my special RIZIN.28 HOT CONTENT PREVIEW culminating with my requested show & very own guest appearance on @TeepToTheJunk's Teep To The Pods P4P Fun Podcast Presented By @TheFightCity where they let me talk all about the superior ruleset & epic RIZIN.28!

1st of all, EPIC RIZIN's SUPERIOR RULESET is ACTUAL FULL CONTACT allowing STOMPS, Soccerkicks, Grounded Knees, & ALL Elbows including 12-6s! How AWESOME is that!!!

This has to be one of the coolest combat sports moments of the year so far pic.twitter.com/XFDaePIYjn

^ That is among THE prettiest, most exciting moves in MMA!!!

OH & btw, you know how I was saying the superior ruleset is back "& better than ever" well guess what...

ALL Elbows including 12-6s are 100% LEGAL now in ALL FIGHTS INCLUDING GP BOUTS!!!

How AWESOME is that!!! Read this incredible article by @fourthavenue520 on the-fighter.net thoroughly explaining the epic RIZIN superior ruleset & different scoring criteria (fight as a whole not 10 pt must etc.)

Here's a very brief piece I put together today on the new inclusion of elbow strikes at all angles to the face in all MMA bouts at @rizin_English, translated RIZIN rules and the standardisation of judging in JMMA via the third party organisation JMOC. https://t.co/CmHuhTihU2

& also read her amazing article on RIZIN FW Champion Yutaka Saito (whom we'll be talking about again later in this hot content preview!). Combat Cat's articles on the-fighter.net are absolutely STELLAR & among the hottest hot content on the 'net for epic RIZIN.

Speaking of epic RIZIN.28 hot content, you like fighter interviews & event podcasts!? Well the Bros at @WeAreRIZIN podcast provides the hottest hot content in those areas for you...

ICYMI: We were joined by @cjsreport & @ChrisGary92 (by text) to talk about #RIZIN28. We talked all the fights, debate who Mr. X is (or is it Ms. X), Tofiq's popularity with Japanese fans, how the pandemic has affected JMMA, and more! https://t.co/SD4vSpr4jy

Check out their channel for all the hot content interview podcasts & full breakdowns of all the fights on epic RIZIN.28.

Well you got it my friends!!!

TAKE A GANDER AT THIS BEAUTY EVENT... 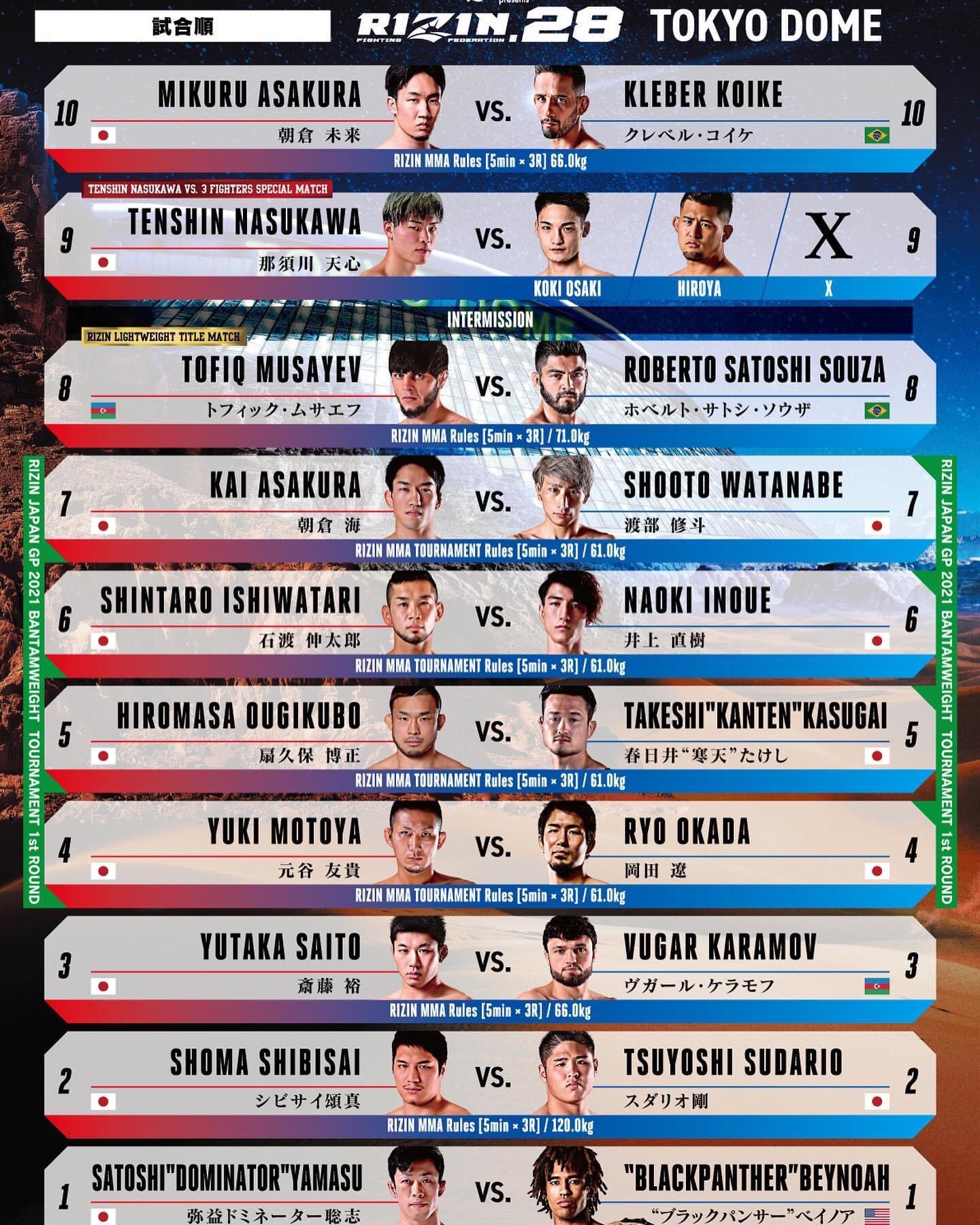 ^ That's A LOT of violence potential!!! Now I know you filthy UFCasuals probably don't know many of the names on there, however rest assured, them GP bouts usually ALWAYS deliver the action (especially under the superior ruleset), and there's the LW Champ Tofiq Musayev, JKick Phenom TENSHIN NASUKAWA, & the Asakura Action Bros among others!!! That is a STACKED card of MMA that will be delivering the action ESPECIALLY now that the superior ruleset has been upgraded to ALL Elbows including for the GP bouts!!! So TUNE IN!!! You will enjoy tf outta it believe me! & the fighters' performances themselves will stand out & make you remember them, like FW Champ Yutaka Saito for example...

...& speaking of, remember how I was telling you we'd talk about Yutaka Saito again!? Do y'all know how he scored the Title shot!??? By scoring THE Best Finish of 2020 & Best Superior Ruleset Finish of the New Era so far!!!

Now I got even MOAR hot content for you Maniacs too!

The Official RIZIN Confessions series with behind the scenes footage are extremely well done by @MMAShingo & totally hot content that'll contribute to you getting PUMPED for the fights!!! Follow @RIZIN_English & check RIZIN's YouTube channel for all Confessions series episodes with English subtitles & all things epic RIZIN.

Now for all the hot content pics, gifs, & vids of the actual fights themselves on fight night there's none better than @Grabaka_Hitman so give him a follow & subscribe to his Patreon (for just $1!) & contribute to our wonderful sport of MMA! The man practically carries the MMA world on his back like an MMA Atlas so at least give him a follow!

FINALLY, for arguably THE hottest HOT CONTENT on the web, yours truly teamed up with @TeepToTheJunk for a special episode of his P4P Fun Podcast Teep To The Pods Presented By @TheFightCity where they let me talk all about the superior ruleset & preview epic RIZIN.28!!! Super fun podcast geared towards creating new fans from the potential crossover fanbase in the boxing world. Give it a listen! Teep does an absolutely incredible job, even creates the music himself! ...& I'm not too bad either myself! ;-)

Now all I ask is that you actually BUY the @LIVENowGlobal 2 for 1 package of epic RIZIN28 & epic RIZIN29 & tune in with me (although if you can't stay up all night & need to watch the next day replay included that's totally fine, just put your comments here b/c I want to know what y'all thought of the epic RIZIN events & the superior ruleset action!)

We’ve got our hands on the ultimate fight card for Sunday’s @rizin_pr to get you pumped Get your tickets at our link in bio pic.twitter.com/e5xOofDYzw

THANKS for reading Maniacs!!! 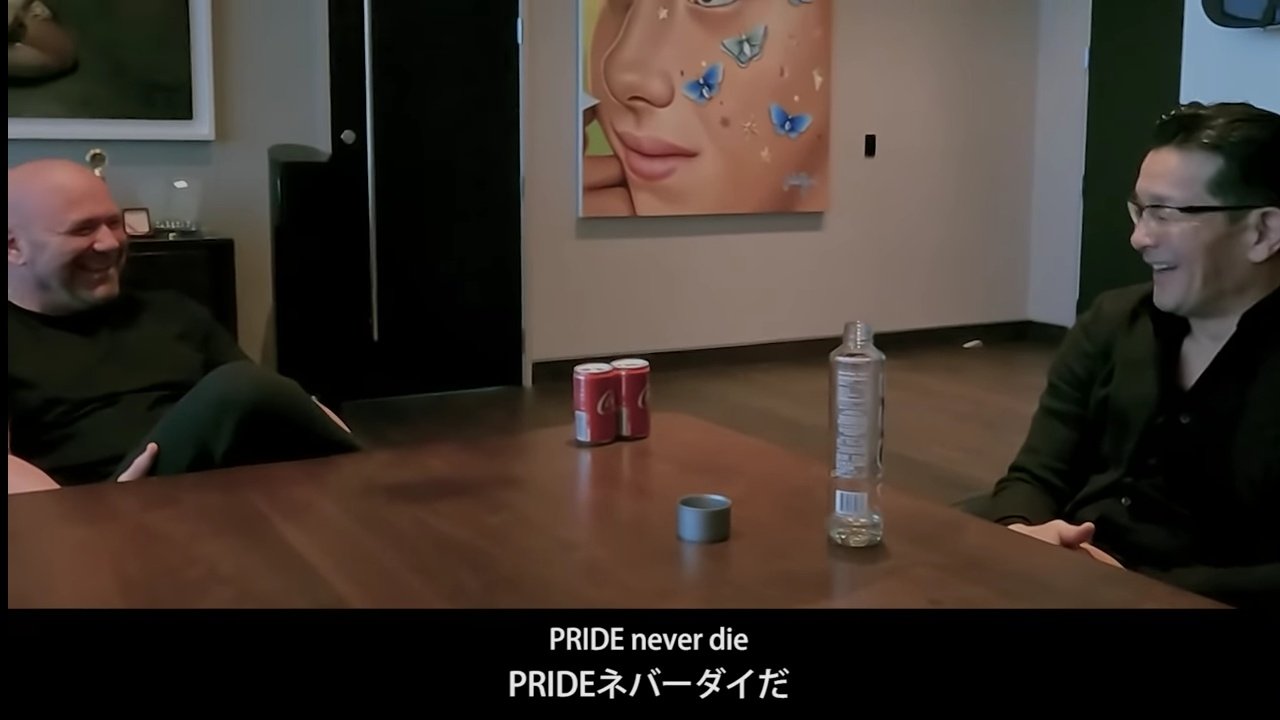