Omicron has closed the Japanese borders (again) and no foreign fighters based outside of Japan will be on the RIZIN NYE card. So the annual massive JMMA fight extravaganza will be a lot less massive and slightly-above-average-ganza. Nice looking poster though. 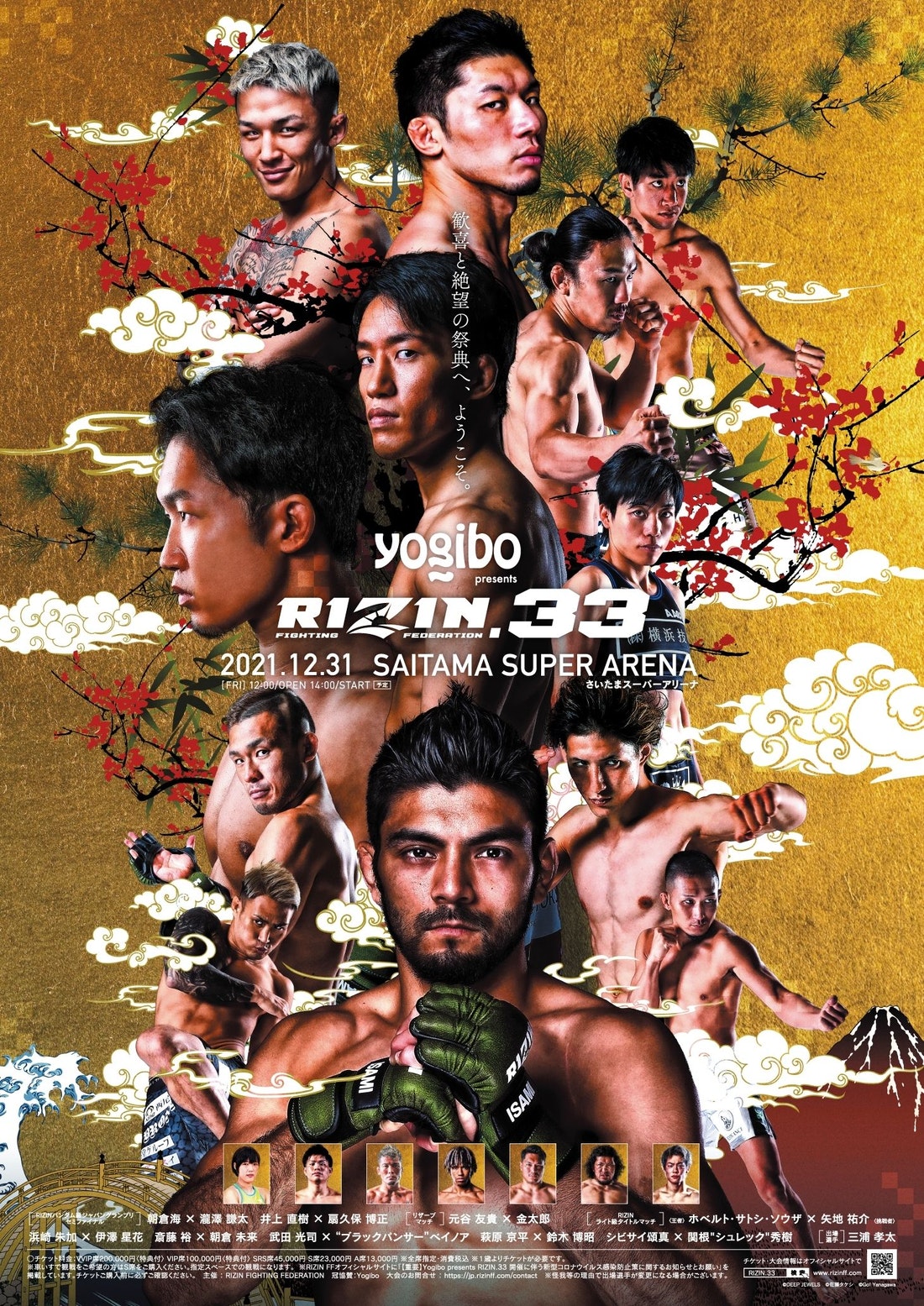 Nonetheless, there are some potentially entertaining and even high-level MMA fights to be seen at RIZIN 33, most especially the conclusion of the Bantamweight Grand Prix. I had a blast watching the last round and am excited to see the final few fights, along with the old school MMA feature of two fights in one night for the finalists.

My prediction for the final since the tournament was announced has been Kai Asakura vs. Naoki Inoue. I have no reason to change that now. Who wins that fight really depends on what happens earlier in the night, how much damage they take in their first fight, but I’ll pick Inoue to come out fresh from a first round finish of Hiromasa Ougikubo, while Asakura takes Scary Kenta by TKO in the second. The alternates will go unutilized, but I’ll pick Kintaro after his much-better-than-I-expected display in the previous round. The final will either be an iffy Asakura decision victory or an Inoue finish. Head says former, heart says latter.

There’s very little reason to run back Satoshi Souza vs. my man Yusuke Yachi, and Souza should take it easily by whatever he wants. I’ll take Mikuru Asakura to avenge his close upset loss to Yutaka Saito, despite a supposed injury.

The rest of the fights are below. PPV ordering information is here. Enjoy the show and Happy New Year. Check back in with Fight Pizza after the event with a report from the ground. 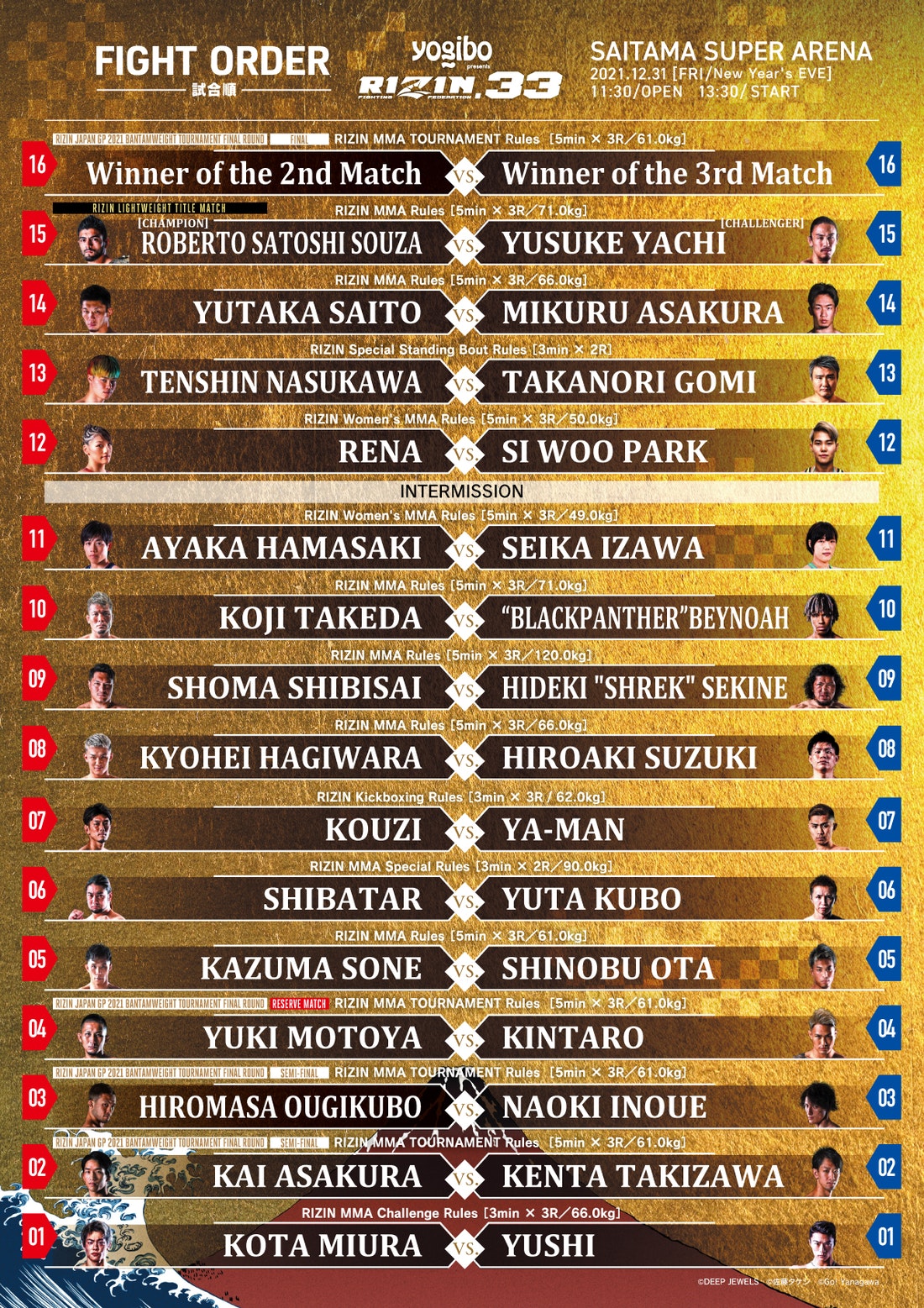