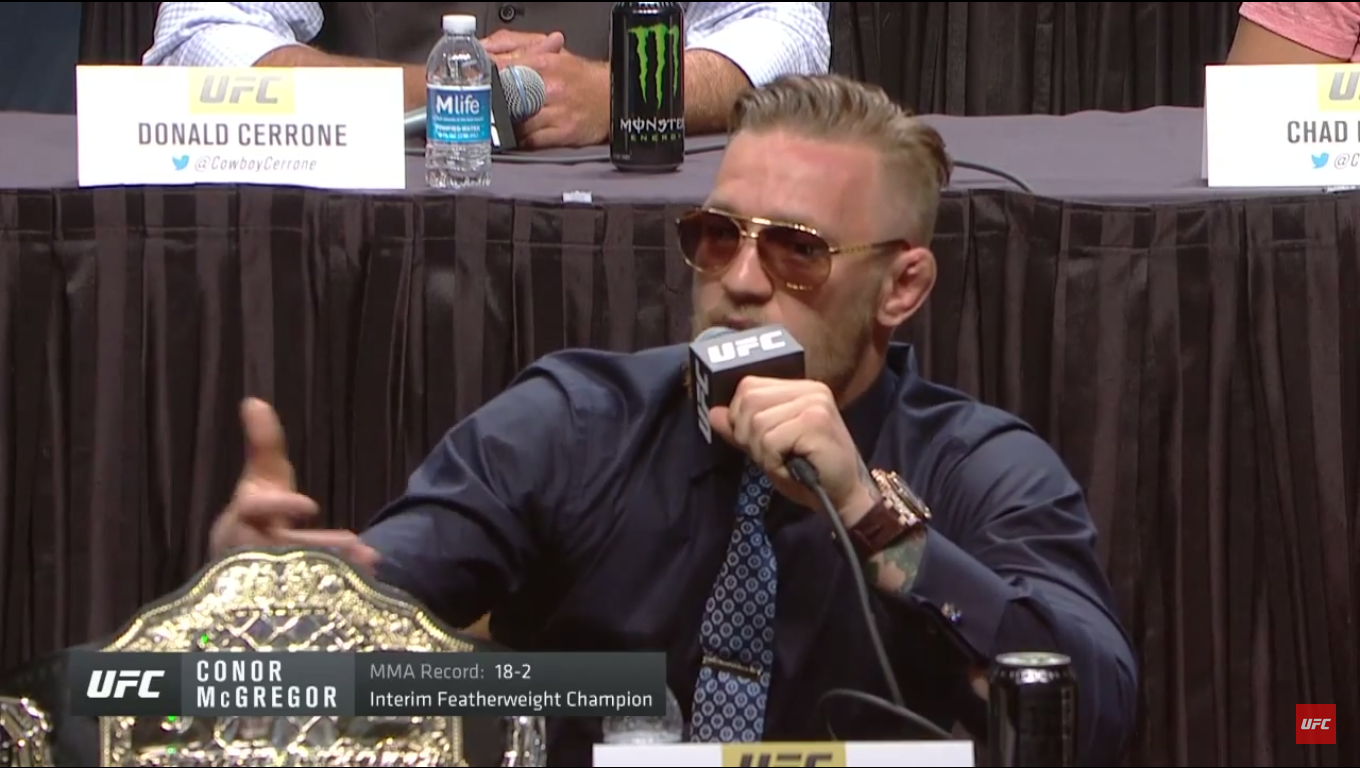 About 10 minutes into the Conor McGregor show today, UFC president Dana White's face formed into a mixture between a grimace and a laugh, perhaps realizing the simultaneous benefits and pitfalls to allowing him to continue his egomaniacal rambling.

The benefits, from a promoter's point of view, are manifoldly self-evident. Everybody remotely attuned to MMA now wants to see Conor McGregor fight, if only to hear what sort of disrespectful diatribe he might launch into prior to the event, followed by the offhand chance he might get his proverbial shit pushed in by his opponent.

We've all seen the Conor McGregor Show before, and the media widely credited him with saving UFC 189 from disaster by talking up a good game against Chad Mendes after a devastating injury to Jose Aldo forced him from one of the most anticipated fights in years.

McGregor even seemed to reconcile graciously with Mendes after the fight, perhaps the emotional catharsis of finally realizing his dream whilst feeling some form of humility from hearing throngs of Irish fans chanting his name in the audience. It was a nice moment, touching even.

And then this fucking guy showed up today.

Arrogant to a level as yet unseen in UFC, disrespectful, interruptive, derogatory and downright delusional, McGregor is probably going to require a public humiliation before he comes crashing back down to earth like the overused metaphor of Icarus. Because this motherfucker isn't flying close to the sun. He thinks he is the sun, and we all revolve around him.

I have yet to hear journalists call out McGregor for what clearly goes beyond "hyping fights" and into the realm of the absurd and fantastical. To say he's broken all the records, owns every title, runs the show, is on top of the fight game is complete nonsense.

It's particularly obnoxious for a guy who showed up in 2013 to tell guys like Dan Henderson and Vitor Belfort (you know, the guys who started this fucking sport) that they don't belong on the stage with him.

This is a guy who told Luke Rockhold he should be grateful that he's on UFC 194. Who mouthed off to Rafael dos Anjos and Donald Cerrone, two guys who are known to bring it.

Well, sure. We all know Conor McGregor is a supremely talented athlete and a great marketer for fights. However, it's one thing to sell a fight and another to be -- in layman's terms -- a complete dick about it.

It seems to me this style of marketing is an "all in poker" approach that would not be terribly forgiving to a losing streak. It's one thing to back up all the shit talk. But what happens when that satisfying ass-kicking is finally delivered?

To have courage and confidence in the face of adversity, even recklessly so, can be inspiring. But such words also invite hubris, the kind that inevitably ends up being a fullpage FightPass photograph of you getting KTFO. 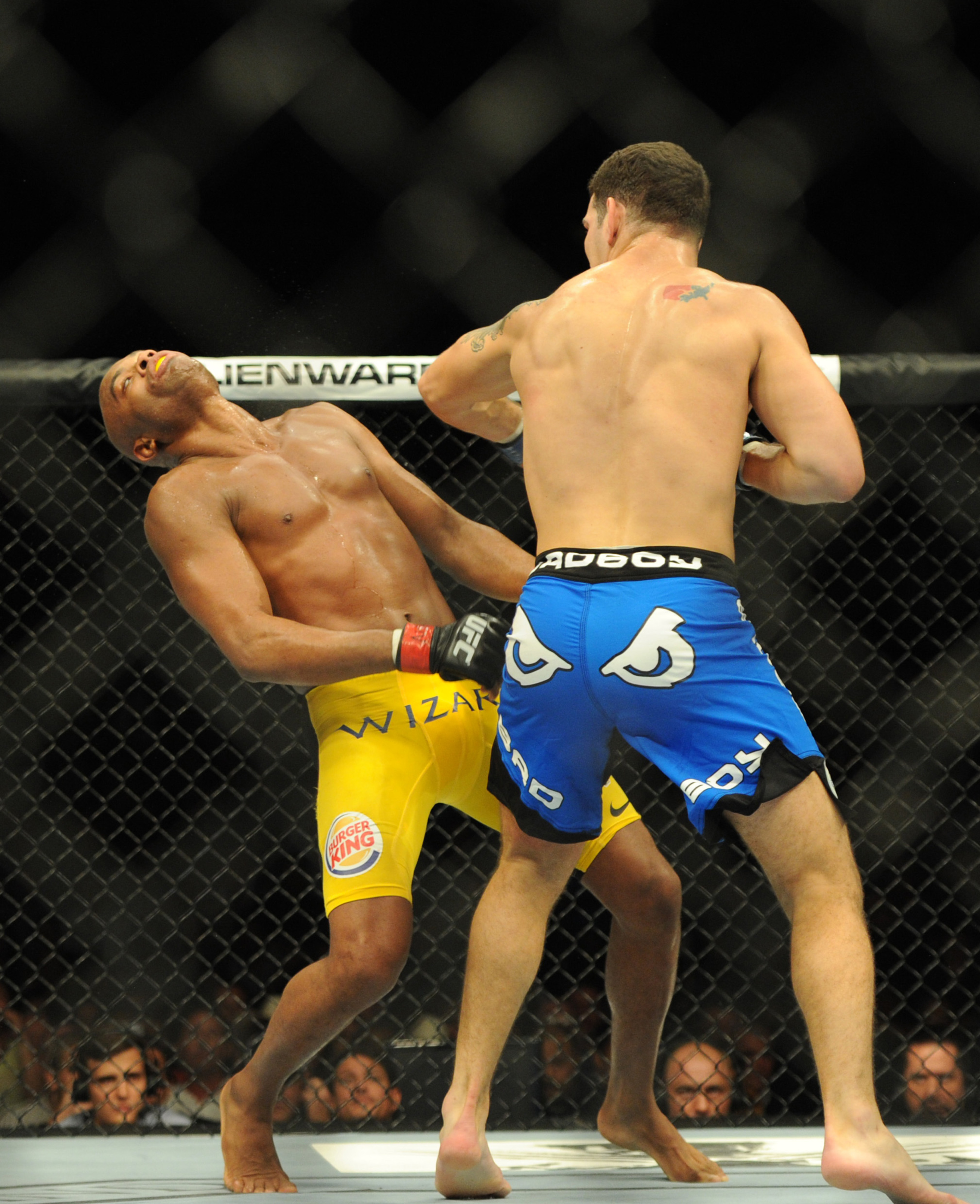