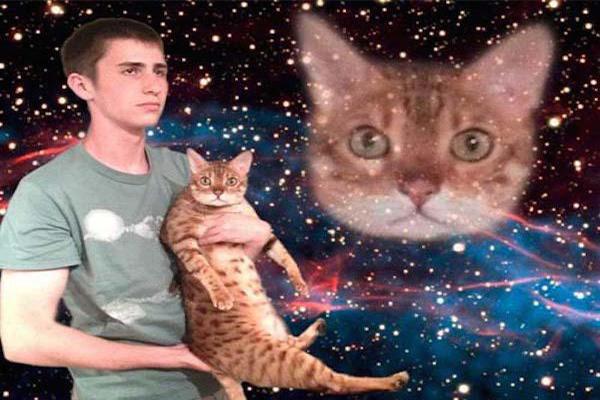 I've created a monster, cause nobody wants to see Adrian no more
They want big, I'm chopped liva
Well if you want big, this is what I'll give ya
A little bit advice so you can be shitpicka

Yes, that's right guys. Your 2-10 shitpicker runnerup last event is back to help you get the shittiest fucking shitpicking possible. Obviously I don't have the inborn, raw natural talented shitpicking skills of a G Smith, Ninja or Dildon, but by following my advice you are sure to stand a chance of stealing the title from one of these three human failures. Or perhaps if we can get another shitpicker we could form to make Megashitpickzord, an all-powerful predictor who can consistently go 0 for 12. Ricky Dooby, you in for that?

Anyway, UFC 188 is up this weekend and you know what that means. That's right, after Saturday we won't see Velasquez again until 2017. So enjoy it while you can. This event looks to have some decent scraps (other than a chick fight to start off the PPV) so it could be life well wasted.

Do you realize Brown Pride has fought, like, the same 2 fucking guys since 2010? In 5 fucking years he's beaten Junior dos Santos and Antonio Silva and that somehow makes him 4th on the pound for pound list. If you've ever heard anything stupider than that, please let Dana White know. Buddy has been gone for so long that Rampage Jackson left the UFC, fought 3 times in Bellator, and came back to the UFC all without a Velasquez fight. This would be perfect timing for a dude to test the ring rust. Sadly that dude is Fabricio, who's going to flop on his bum bum all night long thinking he's going to Fedor the Cainster. Not happening. Werdum is going to be a white belt covered in blood after this one.

Is there a Diaz team member who doesn't fucking suck these days? Betting on the 209 in 2015 is a great way to go broke in a hurry. Yeah, there are a lot of people who wrote off Eddie after dropping his debut to the Cowboy. But those people shop at WalMart in a motorized scooter and get winded trying to lift their pork rinds and Pepsi onto the cashier conveyor belt. Two things. One, Eddie won the first round. Two, Cowboy destroyed that lead leg. One-dimensional jab machine Melendez aint doing shit to Eddie's leg.

For Kelvin going back up to 185 wasn't a choice. When you miss weight by 10 pounds you're officially too fucking fat for that weight class. But look he's a handful when he's not forced to skip cheeseburgers and chicken wings. Mini-Velasquez has retard strength when he's well fed and I expect him to go beast mode on God boy. Speaking of, Nate is another guy who tried playing with the smaller boys and got KTFO doing it. Although Gastelum could put a curbstomping on The Power of Christ, chances are he'll just dominate him for three rounds.

Don't have much to say about this one except good luck, Yair, old buddy, old pal, old ethnic name put on a Mexican card to get snuffed out. If ya'll don't think TUF Latin America wasn't the most scrubtastic scrubbery in the history of TUF, just wait for Saturday night.

There's actually no fucking way this fight isn't the worst of the night. Torres is the decisionator of WMMA. her 5 pro fights: decisions. Her 3 TUF fights: decisions. Of her 7 amateur fights, 5 decisions. There is a very high chance that watching this fight will make you want to smash your head into the nearest wall until you see brain. As for Angela Hill, she's got 2 fights on her record. Which of course means she gets a PPV slot.

Hmmmmmmm. A gold medal Olympic wrestler vs a guy who likes to wrestle. Hmmmmm. Picking this fight winner is like a test for sentience. Did you pick Cejudo? Then you're sentient. Did you pick Camus? Sorry, you're very likely a bacterial colony growing where Ronda Rousey's taint touched her Honda driver's seat.

Escudero being on the card basically tells you everything you need to know about the benchmark for getting into the UFC these days. It's not too fucking difficult if you're ethnically close to somewhere they're visiting. Dober will play the role of the guy who's supposed to get worked so the fans can cheer for the Mexican. At this elevation it's going to be about who has more heart and my money's on the farm boy.

I'm a fucking terrible liar and I'm not going to lie now. Whoever the fuck these two scrubs are is a complete and utter mystery. I'll take the Mexican sounding guy.

Yeah so apparently Trevino used to be so fucking fat they needed a helicopter to get him out of his house. So it's fucking sweet ass that dude lost 1,000 pounds to fight at 155 and is 12-0 (Even though dude's stomach looks like a patchwork quilt of puckered assholes). I love the fact this guy is mentally tough and it looks like you need a bullet to put him down for good. But Johnny is a young gun so I'm expecting to see some brains.

When Pendred brawled with Mike King and got the sub I was like, sweet. Hard work beats talent when talent refuses to work hard, says cokehead Mike Goldberg. Then he got the split against Gasan Umalatov and I was like bro, you're pushing your fucking luck. But shitbird suddenly got a big head. Suddenly he's winning a robbery over Sean Spencer, who fucking dominated the kid, and he thinks he's king shit of fucktard mountain. No. Just take all the no's in the world and pile them at Pendred's doorstep because No. This is going to be the proverbial bitchslap by Captain Reality Check.

Gabriel Benitez vs Clay YOU AINT NO ALI Collard

Don't know much about these Fight Pass scrubs but I see Collard's only recent loss comes to Max Holloway so I'm going to skip trying to find out anything on the Mexican guy because frankly I hate looking at Sherdog's 1994 web design of bright text on a fucking black background, seriously guys get your shit together.

Short notice, huge weight cut from his natural 185, a submission fighter going against some of the best hands at 170. Somebody better have a forensic scientist standing by to identify the remains.