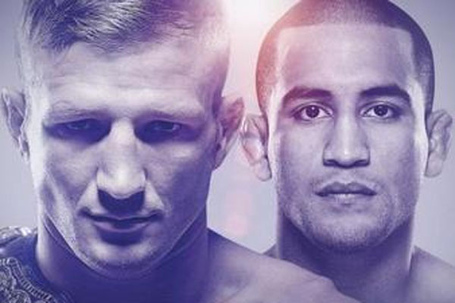 So Dillashaw was forced to defend his belt against a prelims fighter? Well, it turned out to be a good fight as Soto proved to be tougher than what he is believed to be. He has good head movements and he hanged in there until TJ took his soul in the fifth round with that head kick. A somewhat controversial result happened in the Main Event as El Cucuy got the judges' nod with a split decision. Bethe Correia continued her destruction of the 4 horsewomen as she dismantled Baszler with a thousand punches. Will Ronda Rousey lose sleep over BC as a result of this?

In our MMP, after painstakingly laboring to get his name in the trophy only to be thwarted by someone else, kg12 made sure this season that he will get his name imprinted in the Scottidog Trophy. Just as Soto gave Dillashaw a hard time, the battle between kg12 and sudnvictoryMP was as close until Tony Ferguson got that split decision that earned kg the nod. Congrats KG12 for this well-deserved and long-awaited win!

This season just took 3 months to finish and we have next season already beginning next Saturday! Un-fucking-believable! Get your entries in before the second event peeps!