Note: To those who care: Part 7C can be found here:

"You can't play games in the Octagon." 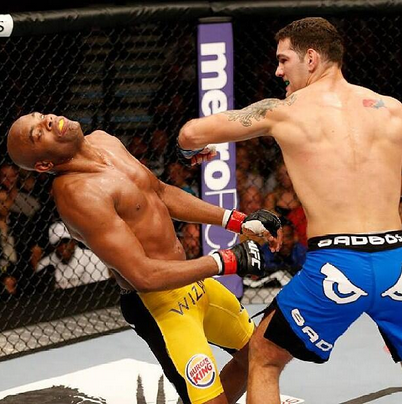 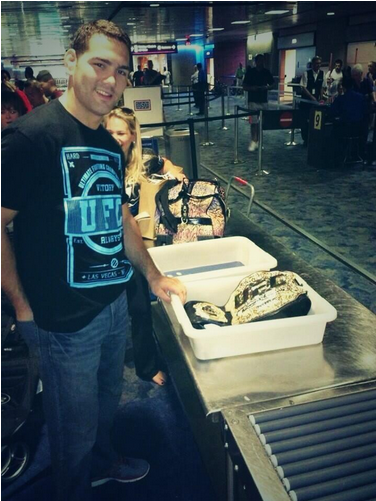 It's the morning after and I'm still in livid and in complete disbelief. The type of disbelief reserved for idiots that attend Criss Angel shows:

"Fuck Anderson and his bullshit - Go take some more advice from Usher.

And damn you Dana White for backing him at the post-fight press conference and saying it was a great fight.

I don't want a rematch with Weidman. He doesn't deserve it. He said he didn't want it.

This wasn't a close fight. It wasn't controversial judging.

Don't get me wrong, I could imagine him losing, no one is invincible, I just never figured he would deserve it.

The next day, right on cue, the idiots come out in spades:

Bisping sees himself in the title picture. He fails to recall that he's fucked up every single chance at a title shot given to him. Notable win since getting his head knocked off by Vitor: Fingerfucking Alan Belcher's eye to victory - GTFO!

He's as reliable as he is blind.

Mark Munoz, still brain damaged from Weidman's elbows and clearly delirious from the 200 pound weight loss regimen, sees himself in the title picture (I guess Mark photobombed the picture). 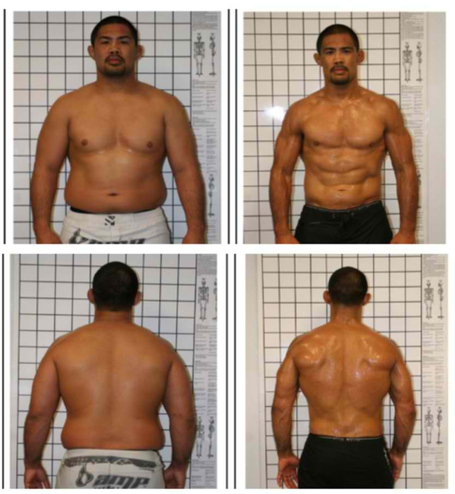 Rockhold sees himself in the title picture (see Bisping - you moron!)

Belfort most certainly sees himself in title picture, but can't get a licence to fight anywhere except Brazil, Indian reservations, certain parts of Mordor or international waters.

One week later, the UFC 162 drug test results are in:

Anderson Silva tested positive for not giving a fuck.

After 3 weeks of mulling over the UFC 162 debacle, it's time for the Teeny-Tinys on UFC on Fox 8: Johnson vs. Moraga where after an undercard of upsets:

Robbie Lawler decapitates Bobby Voelker via second round head kick and punches (Robbie Lawler is the epitome of all out of fucks).

Rory MacDonald and Jake Ellenberger take a page out of the Shields/Schaub book of fighting and bore the fuck out of everyone in the building. It's as if Ellenberger has an innate gift of not showing up for fights that matter.

Mighty Mouse finishes off John Moraga via slick armbar at the end of the 5th.

A mere 4 days after clowning himself out of his legacy, Anderson changes his tune and now wants a rematch with Chris Weidman this year. My first thought was: "Great, is he going to throw that one too?"

Ed Soares, proving he has eyes, says Anderson may have taken it too far this time. (D'uhhhhhh - Ya think, Ed?)

Tito tweets that he wants to make a comeback:

--- "Nice 2be a free agent.Need 2make a big decision 4my future 4my kids future. Nice 2 have a great surrounding and 2be healthy.#Positive 7yrs" --- Come backs are always the best test! Live life to the fullest. #Positive http://instagram.com/p/bc-zpDLcSP/ -

Actually, not sure if the "positive" refers to his HIV test considering his storied past with Jizza Jameson.

Chael Sonnen and the Iron Sheik join forces to save Olympic wrestling.

At Invicta FC 6, Christiane "Cyborg" Justino brutalizes Marloes Coenen and finishes her by TKO at the end of the 4th.

The injury bug goes completely batshit and turns the rest of 2013 upside down. A total of sixteen (16!!) fighters get taken out in twenty-three (23!!) days.

And finally, proving that nothing good ever happens in Florida, a Down Syndrome vs Cerebral Palsy MMA fight is booked for Aug. 3rd.

Note 1: As soon as I found this out, I immediately placed $50 on G-money (and reserved a nice, choice seat in Hell)

Note 3: Although appalling, the bright side is that the risk of brain damage isn't a concern.

Quote of the Month

Dana White to Jon Jones, right after Andy got KTFO.