Well, look what we have here.

If one million people watched all 15 minutes of the Diego Sanchez vs. Ross Pearson fight (check out the highlights here) from last night's (Sat., June 7, 2014) UFC Fight Night 42: "Henderson vs. Khabilov" event in Albuquerque, New Mexico, it's safe to assume only one of them thought Sanchez won all three rounds.

That one just so happened to be one of the judges presiding over the bout.

Another judge scored it for Sanchez two rounds to one, giving him the split decision victory. The other judge, whom the majority of fans and pundits agreed with, scored it 30-27 for Pearson.

That's one hell of a disparity among judges, no?

Naturally, it's worth looking at the statistics (via the fine folks at Fight Metric) to see how they align with popular opinion and to that end, this probably won't surprise you. 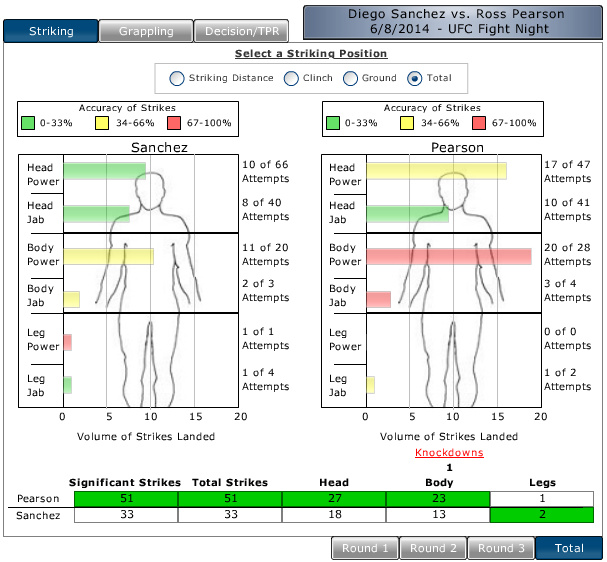 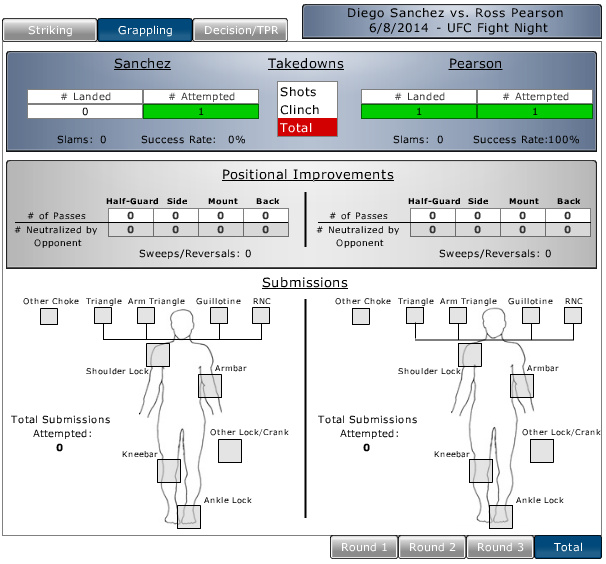 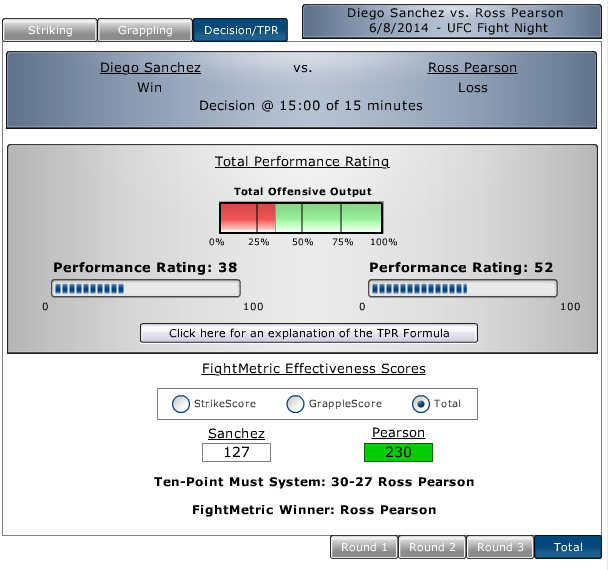 That's almost embarrassing. The only measure you could argue Pearson lost was aggression and Octagon control but does that override every other metric?

It shouldn't. As Color Commentator Kenny Florian said immediately after the bout at his first opportunity, "with all due respect to Diego Sanchez, he did not win that fight".

Again, head on over to Fight Metric to view the full report.