Alleged 'leaked' pictures of UFC uniforms appear on Twitter, but promotion insists no Under Armour deal in place

In addition, UFC is currently speaking to a number of different outfitters, as it looks to eventually standardize its fighters' appearance.

Share All sharing options for: Alleged 'leaked' pictures of UFC uniforms appear on Twitter, but promotion insists no Under Armour deal in place

I guess nobody was listening when Ultimate Fighting Championship (UFC) President Dana White told everyone in the mixed martial arts (MMA) community to "shut the fuck up" about fighter uniforms.

That includes Twitter's Front Row Brian (follow him here), who released a mock-up of UFC shorts, allegedly from the UFC front office, showing current middleweight champion Chris Weidman sporting a pair of trunks adorned with the Under Armour logo. 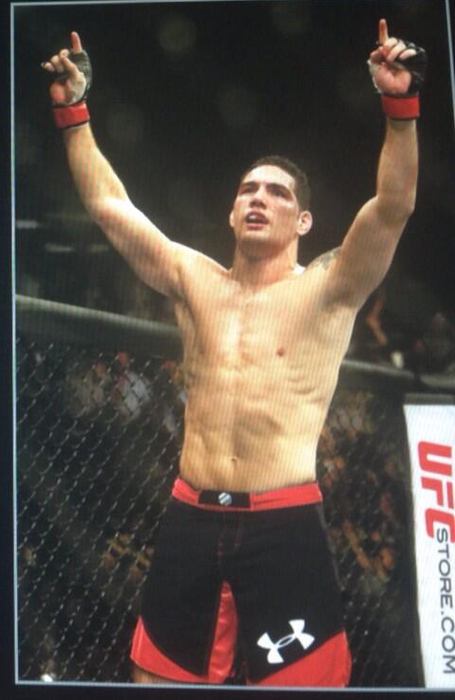 Here is what the before and after looks like: 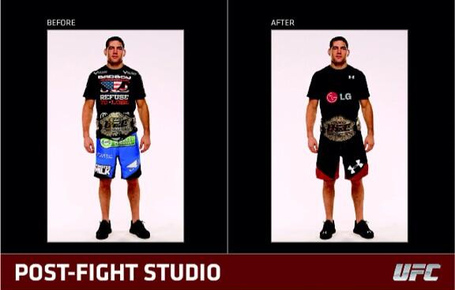 UFC confirmed it was in preliminary talks with a major sports apparel brand to develop standard uniforms for all its athletes (details), but in light of these photos, also told MMA Junkie that no partnership is in place and that "similar artwork has been produced featuring a number of potential partners."

Sounds like a deal is coming soon, just don't expect everyone on the UFC roster to be jumping for joy.