Not safe for work! Or lunch, for that matter.

Share All sharing options for: Johny Hendricks bicep surgery 'before and after' pics are disgusting (but look anyway) 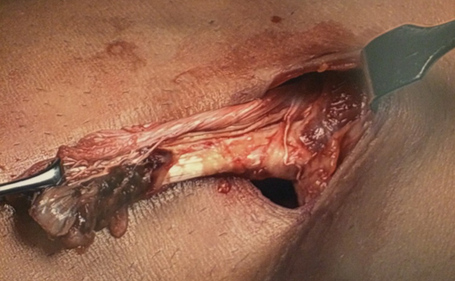 Hendricks went under the knife earlier this week (see a pic here) and got himself all patched up. Barring any unforeseen setbacks, "Bigg Rigg" should be able to resume training in four-to-eight weeks.

Here's the "after" pic complete with fancy braid: 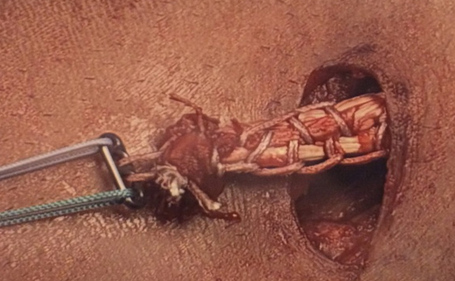 Here's a quick video of what bicep surgery looks like. Please note this is NOT Johny Hendricks.

Interesting. Makes you wonder what the hell they did in the old days.

As it stands, Hendricks' next welterweight title defense will likely be in October or November. And if this report pans out, he may soon discover the identity of his next opponent.

For more UFC 171 news, notes, and fallout, check out our comprehensive "Hendricks vs. Lawler" results and wrap-up post right here.