The Gracie Brothers are back in the wake of UFC 171, which took place last Saturday night (March 15, 2014) inside American Airlines Center in Dallas, Texas (results), to feature their latest "Gracie Breakdown," focusing on Ovince St. Preux's Von Flue choke against Nikita Krylov. 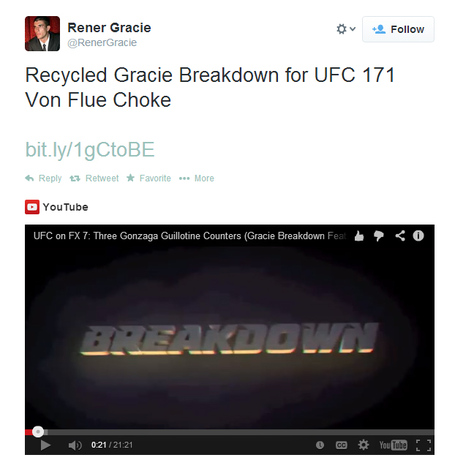 It's true, the Gracie Bros. "recycled" an earlier breakdown from UFC on FX 7 when they posted this "Breakdown" video to Twitter earlier today, but when you have former WWE Diva "Eve" executing all the submission moves, who's gonna complain?

For more on St. Preux's win at UFC 171 check out our "Hendricks vs. Lawler" live results and play-by-play here.