The truth shall set you free?

It's not exactly a performance enhancing drug (PED), but Jessica Eye did in fact test positive for traces of marijuana (cannabinoids) after her UFC 166 fight against Sarah Kaufman on Oct. 19, 2013, in Houston, Texas.

That's according to Fox Sports, which received documentation from the Texas Department of Licensing and Regulation earlier this afternoon, stating that "Evil" had indeed flunked her post-fight drug test.

That's quite a contradiction to what Eye had to say earlier today (Feb. 10, 2014) during her appearance on "The MMA Hour," claiming that it was an error in the pre-fight paperwork that was at fault for the "H-town" debacle that lead to her win being overturned to a "No Decision."

Check out a copy of the report: 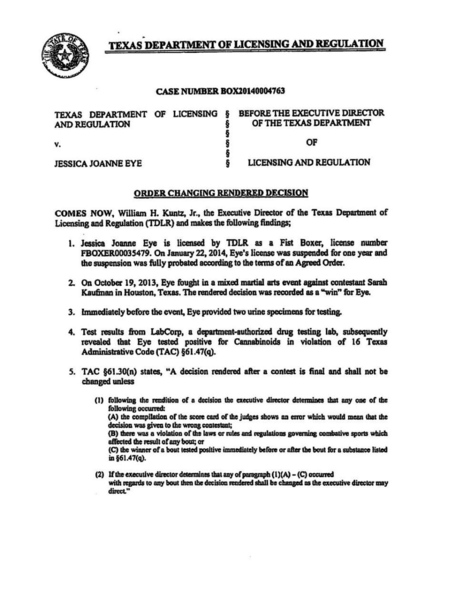 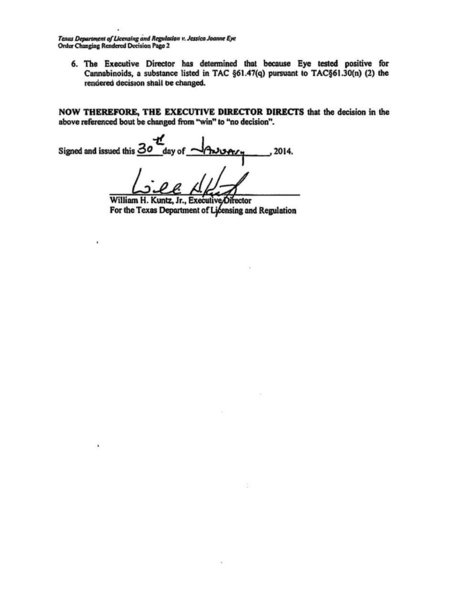 Eye seemingly pleaded guilty to the transgression, waived her right to a hearing and agreed to pay a fine ($1,875 in seven monthly installments), as well promised to provide notification of upcoming bouts and drug test results to the Texas athletic commission. 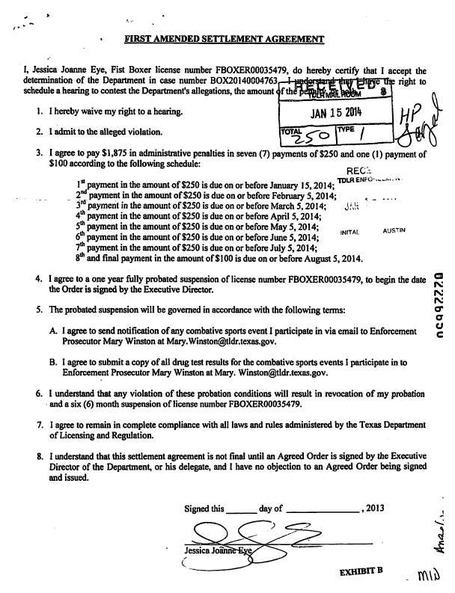 It's because of that agreement -- one which Eye signed and returned on Jan. 15, 2014 -- that the Ultimate Fighting Championship (UFC) bantamweight contender only faced a one-year probationary suspension. And that's the reason Eye was able to accept a fight against Alexis Davis at UFC 170 on Feb. 22, 2014, in Las Vegas, Nevada.

Nevertheless, it seems she might have some explaining -- and apologizing -- to do on the heels of this latest revelation.