The freezing temperatures didn't stop things from heating up earlier today at the "Ultimate Media Day" in Madison Square Garden.

Today, the headliners came face-to-face in "The Garden State." 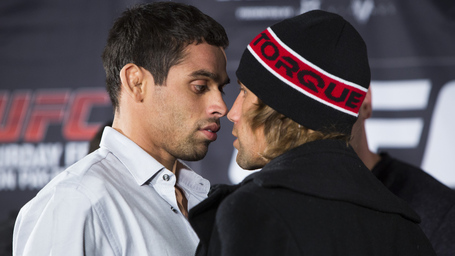 Featherweight champion, Jose Aldo, will also be featured atop the bill, defending his 145-pound strap against top division contender, Ricardo Lamas, in the co-main event of the evening. As expected, they also came nose-to-nose at the conclusion of today's media event. 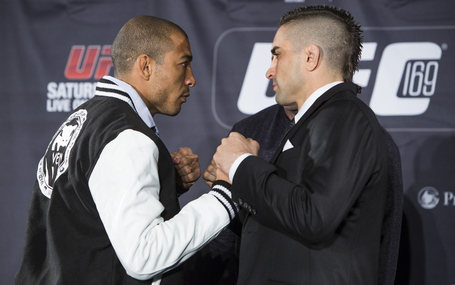 And last but certainly not least, Alistair Overeem and Frank Mir collide in a "do or die"-type heavyweight match (maybe), in a beefy battle of ex-265-pound champions looking to stay afloat in a tight division title chase. 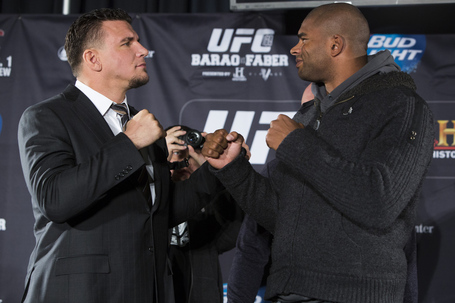 MMAmania.com will provide LIVE round-by-round, blow-by-blow coverage of the entire UFC 169 fight card on Sat. night (Feb. 1, 2014), starting with the Fight Pass "Prelims" matches online, which are scheduled to begin at 6:30 p.m. ET, right on through the FOX Sports 1-televised under card bouts at 8 p.m. ET and then main card PPV, which is slated to begin at 10 p.m. ET.