See what happened when the main and co main event fighters faced off earlier today in Boston to promote this weekend's festivities in "Beantown."

Headlining the promotion's return to "Beantown" is a light heavyweight match-up pitting former 205-pound champion Mauricio Rua opposite middleweight import and former division contender Chael Sonnen. Here's a sneak peek at what to expect at tomorrow's weigh ins (and beyond). 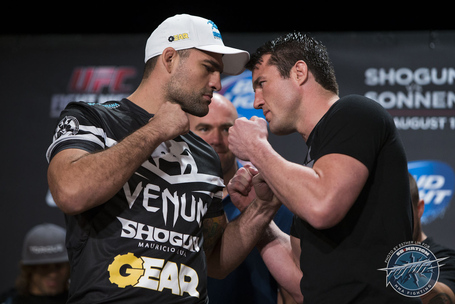 In the co-main event, former Strikeforce Heavyweight Champion Alistair Overeem will slug it out against top 265-pound prospect Travis Browne. The winner gets right back into the division title chase while the loser heads to the back of a very long line. 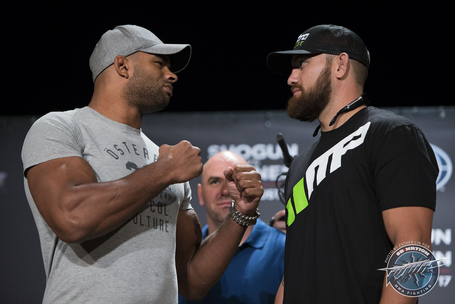 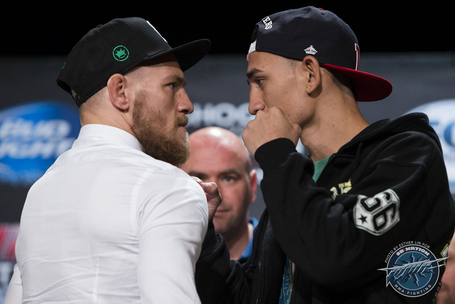 MMAmania.com will provide LIVE round-by-round, blow-by-blow coverage of the entire card on fight night (Sat., Aug. 17, 2013), starting with the Facebook "Prelims," which are scheduled to begin at 4:30 p.m. ET, right on through the FOX-Sports televised under card bouts and then main card action, which is slated to air at 8 p.m. ET on FOX Sports 1.

For more news and notes be sure to check out our UFC Fight Night 26 archive here.