Earlier this week, we brought you a sneak peek of Miesha Tate's photo shoot from ESPN Magazine's "Body Issue" for 2013 (details here), which features select athletes, like "Cupcake," posing nude. 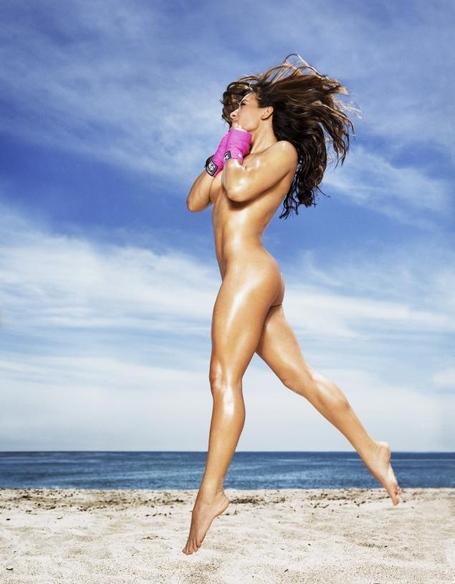 Well, now that this year's edition has finally hit newsstands, ESPN photographer extraordinaire, Ben Watts, has given us a look at the rest of his photo gallery, which you can see below. 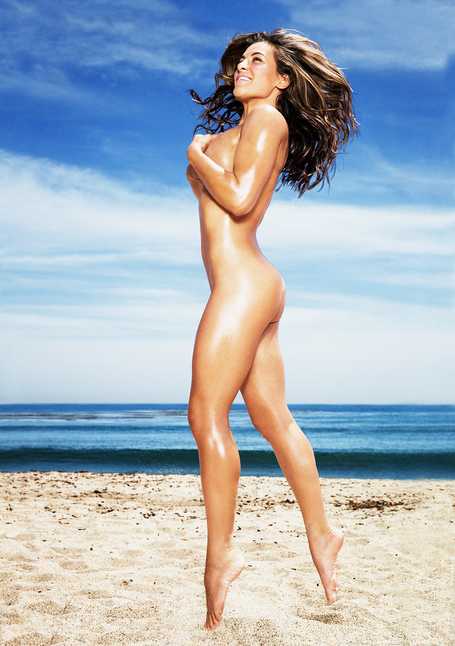 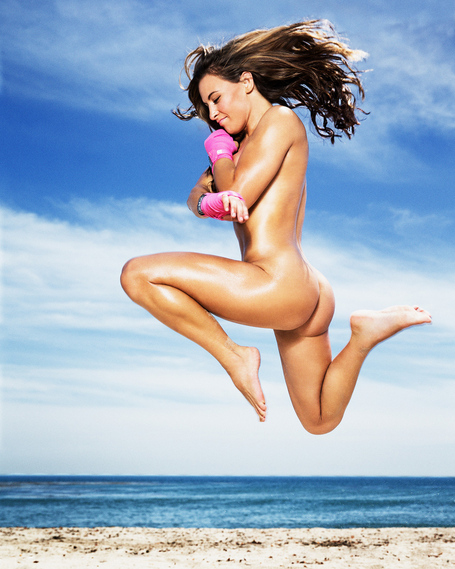 This isn’t the first time a mixed martial arts (MMA) fighter has stripped down for the folks at ESPN. Ultimate Fighting Championship (UFC) Light Heavyweight Champion Jon Jones did the deed back in Sept. 2011 (pic), and UFC Women’s Bantamweight Champion Ronda Rousey followed that up the following year.

The timing for Tate couldn’t have been better. She’s set to square off against Rousey as coach on the upcoming season of The Ultimate Fighter (TUF) 18, thanks to an untimely injury from Cat Zingano. Following the combat sports reality show, which premieres Sept. 4, 2013 on FOX Sports 1, they’ll battle it out for the 135-pound strap in the main event of UFC 168 in December.

And there is more than just a title on the line.

Rousey defeated Tate under the Strikeforce banner to strip “Cupcake” of her golden wrapper, nearly ripping her arm off in the process. Since then, the two have been jawing back-and-forth on Twitter, with the Tate promising to “shoot herself in the face” if she’s tapped in their rematch.

Hopefully she means “with a camera.”