UFC on FUEL TV 10 is just around the corner and earlier today (June 7, 2013), the 10 fighters participating on the televised main card went nose-to-nose at the weigh-ins in a preview of this weekend's fisticuffs in Brazil. Check it out!

Ultimate Fighting Championship (UFC) held its weigh in event earlier today (June 7, 2013) at the Paulo Sarasate Arena in Fortaleza, Ceara, Brazil, for those fighters competing at UFC on FUEL TV 10: "Nogueira vs. Werdum" event, which is scheduled to take place at the same location tomorrow night live on cable television.

For complete UFC on FUEL TV 10 weigh in results and video click here.

The staredowns were nothing to write home about, as is usually the case, but you can at least get a look at how each fighter chose to square off against his opponent. 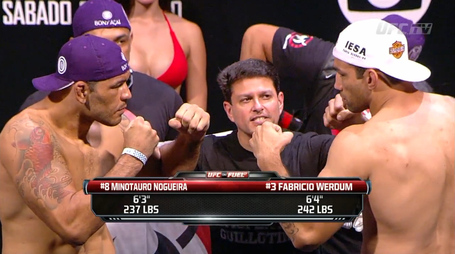 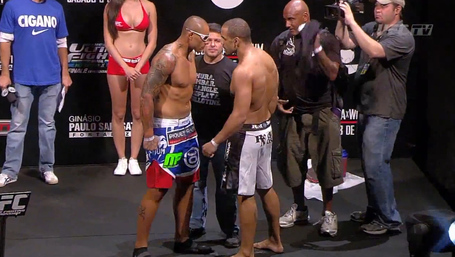 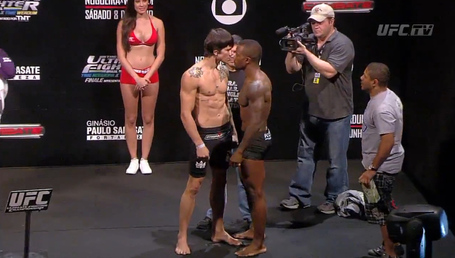 MMAmania.com will provide LIVE round-by-round, blow-by-blow coverage of the entire card on Saturday (June 8, 2013), starting with the Facebook "Prelims," which are scheduled to begin at 4:30 p.m. ET, as well as the main card, which is slated to air at 8 p.m. ET on FUEL TV.

For complete coverage of the UFC on FUEL TV 10 event click here.