At 33-6 with 22 submissions, we already know how good "The Tobikan Judan" is at lightweight. But how will that success transition to a bout at 145 pounds? We may find out sooner rather than later.

Asia's leading lightweight looks all set to try to establish himself as a dominant force in a new weight division as these photos, taken over the weekend, prove conclusively that Shinya Aoki can make 145 pounds. 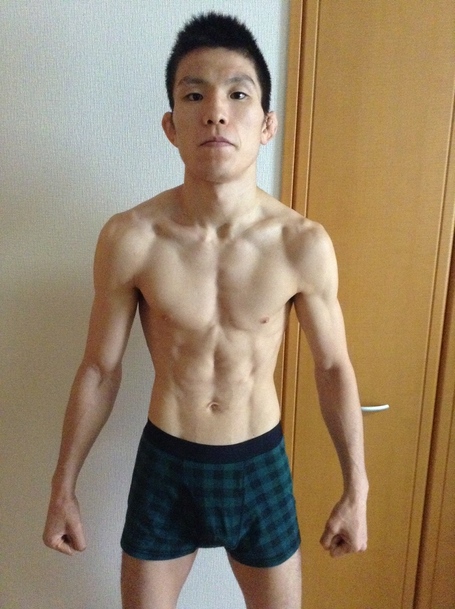 The reigning ONE FC lightweight champion, who has also held belts with Dream, Shooto and WAMMA, completed a successful test cut over the weekend and posted photos of himself weighing 144.6 pounds on a set of bathroom scales, almost half a pound under the featherweight limit.

While all doubt as to whether Aoki can make 145 pounds has now been removed, there is still a question of who he will fight first. The most obvious opponent would be fellow Japanese veteran Koji Oishi, who recently won the featherweight belt and has only been beaten once in his last 13 fights.

The move was precipitated by a talk with Evolve MMA coaches Chatri Sityodtong and Heath Sims and the former feels that Aoki had previously been competing at the wrong weight.

"Heath, Shinya and I have talked about this for the last year or so, and all three of us have decided that it is best for Shinya's future. He can easily make 145, he is too small to be a lightweight, and he will be a huge featherweight. His body type at 145 is akin to Jon Jones with a huge wingspan and reach."

ONE FC's next event is set for Jakarta on September 13 with further shows in Hong Kong, Manila, Kuala Lumpur and Singapore rumored to have already been confirmed.