The Fight Metric Report for the Rashad Evans vs. Dan Henderson fight from UFC 161 last night (June 15, 2013) in Winnipeg shows, at least statistically, that the judges likely got it right when awarding the former a split decision win.

Anytime we get a split decision from the judges for a high level Ultimate Fighting Championship (UFC) main event bout, such as the one that occurred last night (Sat., June 15, 2013) at UFC 161: "Evans vs. Henderson" when Rashad Evans was awarded one such victory over Dan Henderson in Winnipeg, Manitoba, Canada, we're going to pass along the Fight Metric Report.

That's because it's a useful tool in determining who had the statistical edge in the bout.

So let's take a look at just that, shall we? And remember to head on over to Fight Metric to get a look at the entire Report as well as a detailed explanation on their methods.

Here's the striking report for all three rounds: 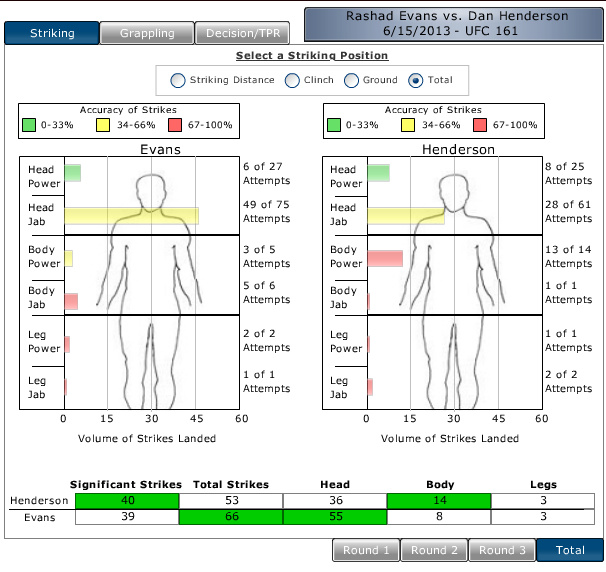 And the grappling report: 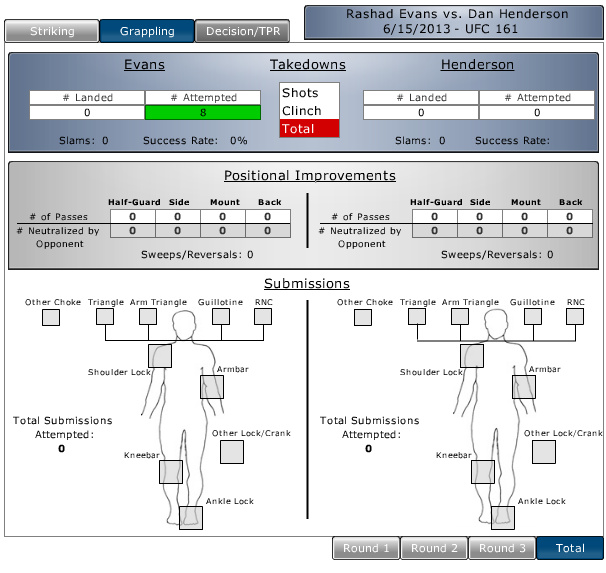 Finally, the performance ratings for each fighter: 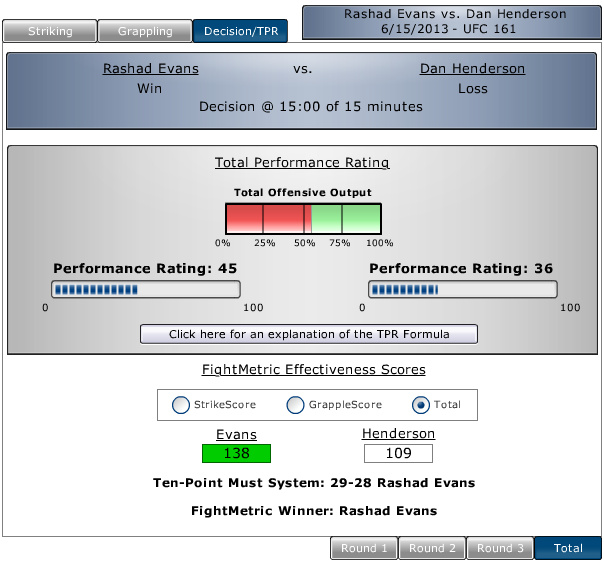 As you can see, the report agrees with the judges decision to award the bout to Evans with a score of 29-28, though neither fighter turned in a truly great performance.

Maniacs, what do you think? Agree with Fight Metric and the judges here?