We're less than 24 hours away from fight night. Who takes home the 155-pound strap in Singapore?

Share All sharing options for: ONE FC weigh in results and photos gallery for 'Kings & Champions' in Singapore

All fighters made weight on the first attempt ahead of ONE Fighting Championship: "Kings & Champions" at the Singapore Indoor Stadium tomorrow night (April 5, 2013). Shinya Aoki stepped onto the scales at 70.1 kg while defending Lightweight champion Kotetsu Boku came in at 70 kg.

Aoki announced last night that, win or lose, he would be dropping down a division and Kotetsu Boku could easily do the same thing, so first up for the winner of this fight could be a shot at the ONE FC Featherweight belt currently held by Honorio Banario.

That would potentially leave the lightweight title vacant and, after winning his first two ONE FC fights in under a minute, a similarly impressive performance tomorrow night would put Eddie Ng in pole position for a shot at the belt.

He weighed in at 69.9 kg while his opponent, Arnaud Lepont, tipped the scales at 68.9 kg and he also harbors plans to drop down to featherweight later this year.

All four fighters in the ONE FC Bantamweight Grand Prix came in at close to the 61.2 kg limit while Melvin Manhoef and Brock Larson were both 83.9 kg ahead of their Middleweight clash, although the former looked like he had cut a lot more weight in order to get there.

Here are the official ONE FC: "KIngs & Champions" weigh in results: 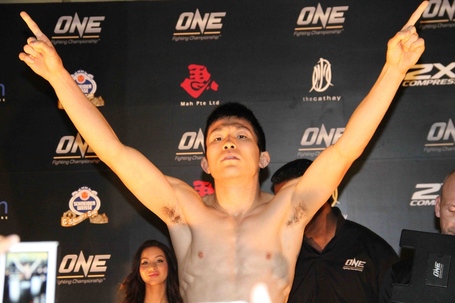 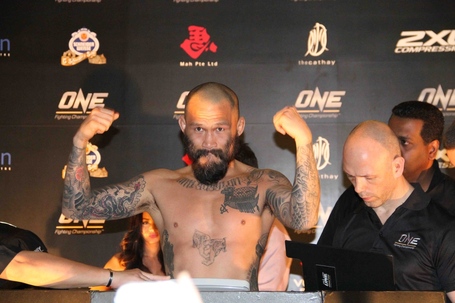 ... and the staredown of the night award goes to Eddie Ng and Arnaud Lepont... 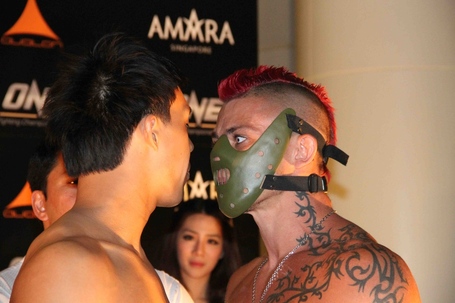 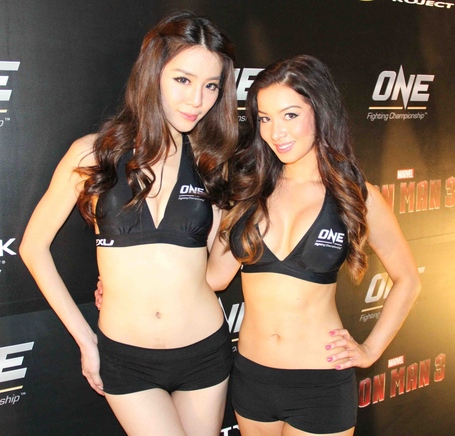