For text results, updates and play-by-play from today's presser, click here to head over to our UFC 158: "St. Pierre vs. Diaz" pre-fight press conference live blog for all the relevant notes and quotes.

Reigning 170-pound champion Georges St. Pierre will defend his welterweight title in the UFC 158 main event opposite Nick Diaz, and judging by today's staredown, these two can't stand one another. 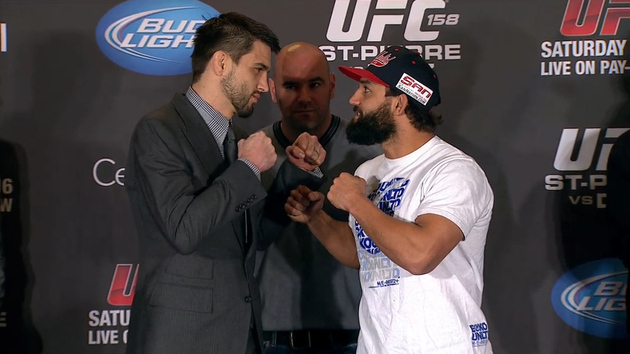 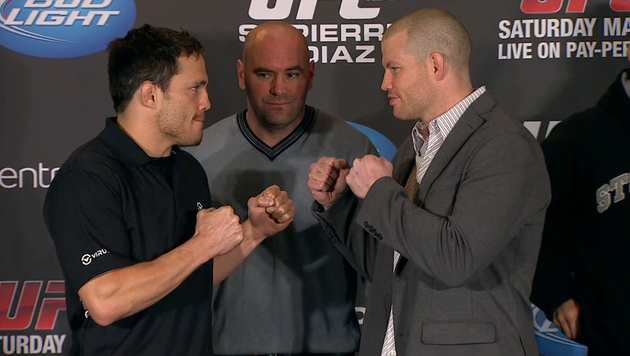 MMAmania.com will provide LIVE round-by-round, blow-by-blow coverage of the main card action on fight night (Sat., March 16, 2013), which is slated to air at 10 p.m. ET on pay-per-view. The latest quick updates of the live action will begin to flow earlier than that around 6:30 p.m. ET with the "Prelims" bouts on Facebook and FUEL TV.

For all the latest "St. Pierre vs. Diaz" news and notes click here.