Jon Jones can add another "first" to his combat sports career.

Electronic Arts (EA) Sports is close to finishing up the cover for its upcoming Ultimate Fighting Championship (UFC) video game -- the first edition since the duo announced their partnership last year -- which is set to hit store shelves in spring of 2014.

One fighter down, one to go.

UFC Light Heavyweight Champion Jon Jones joins the company of Brock Lesnar, Anderson Silva and Forrest Griffin as members of the video game cover club, as today it was announced that Jones will be one half of the duo appearing on the cover of EA SPORTS UFC. 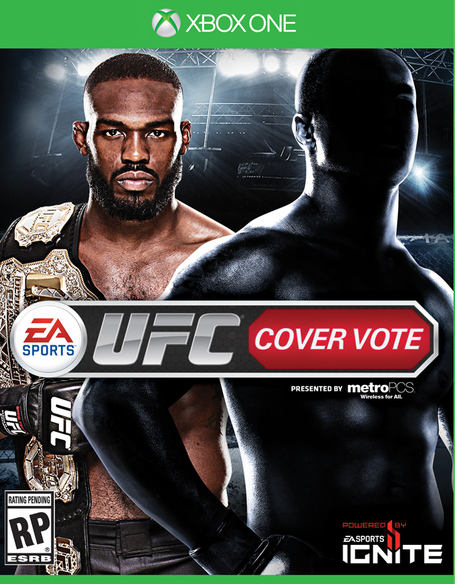 "Bones" comments on his "surreal moment" in today's press release:

The 205-pound kingpin was close to securing his first video game cover back in late 2011; however, he was beat out by then-middleweight champion Anderson Silva, who also received more fan votes than Georges St-Pierre, Cain Velasquez and Frankie Edgar.

That was then. This is now.

Who joins Jones has yet to be determined, but fans will have their say at UFC.com/covervote. The "official" retail cover will be revealed during UFC 168, according to FOX Sports. See the game's preview trailer for PlayStation 4 and Xbox One here. For an early look at the "Ignite" in-game footage click here.