Or did he (watch the controversial video highlights right here)?

Well, he did, yes, because the cageside judges awarded him the win and that's the official result that will go down in the record books. But it's not without a great deal of controversy, as many observers, both pundit and fan alike, believe Hendricks was jobbed out of the win.

So, of course, we'll do the natural thing and consult the Fight Metric report. Click here to read it in full. 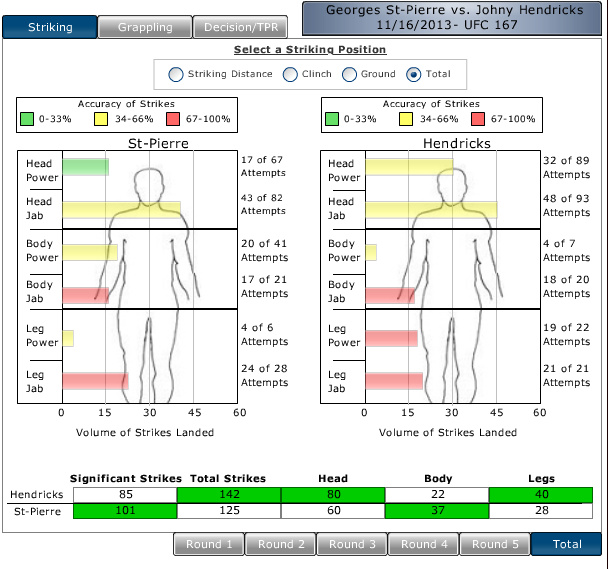 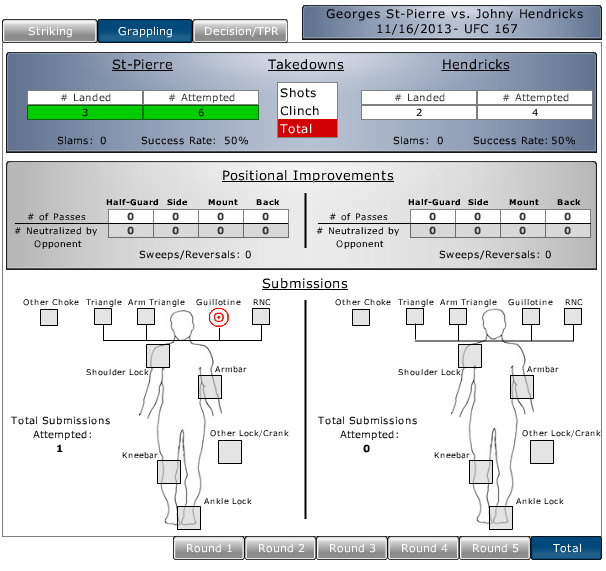 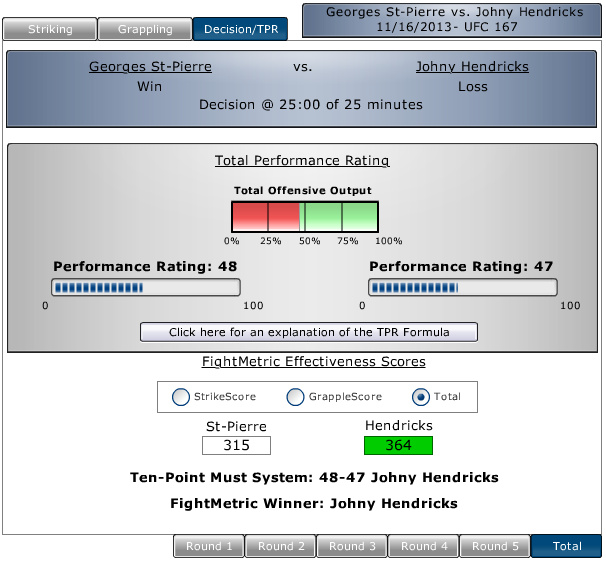 As you can see, Fight Metric, using its system, scored the bout for Hendricks. That's based on numbers, and is obviously not a complete system but it's the best we've got to work with outside of the simple eye test.

So, based on what you see here, do you believe St. Pierre is the rightful winner and the judges got it right? Or did Hendricks really get jobbed? What did your scorecard look like, Maniacs?