What happens when you pair Jon Jones against Chael Sonnen for the UFC 159 event on April 27 in New Jersey? You get a shiny new poster, of course!

Share All sharing options for: Pic: UFC 159 poster for 'Jones vs. Sonnen' on April 27 in New Jersey 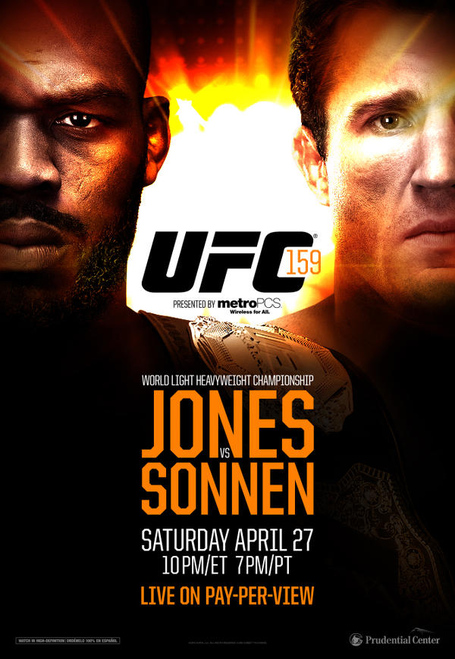 "Bones" opted to put his 205-pound title on the line against the former middleweight number one contender after finishing up his coaching duties on the upcoming season of The Ultimate Fighter (TUF) Season 17, which makes its debut next Tuesday night (Jan. 22) on the FX Channel.

Should be interesting, to say the least.

To date, the "Jones vs. Sonnen" main event is the only official fight on record; however, expect that to change in the coming days. In the meantime, you can get up to speed on how this fight came together by clicking here, as well as dive deeper into next week's TUF 17 premiere by clicking here.