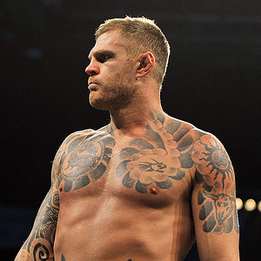 In a bizarre decision that came out of nowhere, it appears Swedish mixed martial arts (MMA) fighter Jorgen Kruth has retired.

Kruth was a veteran kickboxer, with over 80 bouts in the sport. In 2009 he made the transition to MMA, putting together an impressive 5-0 record with all wins coming by way of finish.

The news of Kruth's retirement comes just three weeks ahead of his scheduled fight against Fabio Maldonado at UFC on Fuel TV 5, leaving Maldonado and the UFC in an odd position. The story was broken by Expressen, a Swedish magazine, and translated by Studio MMA.

"I have been thinking for a long time. However I feel it's time now. I neither have the motivation or focus and my body doesn't respond anymore. I'm not getting the results that I want. I'm not in the top level to compete anymore and feel it doesn't work anymore. If I don't reach my best then I don't want to compete anymore, I will retire now while I'm up there."

With this sudden news, it is unclear whether Maldonado will receive a new opponent or be taken off the card completely. It's very odd to see this happen, especially so close to a scheduled fight.

Kruth had been set to make his UFC debut against Cyrille Diabate at UFC on Fuel TV 2 in Sweden but was forced to pull out of that fight due to injury. He has done well in multiple combat sports, going 1-0 in boxing, 5-0 in MMA, and 72-14-2 in kickboxing.

The grass wasn't greener inside the Octagon, it seems.