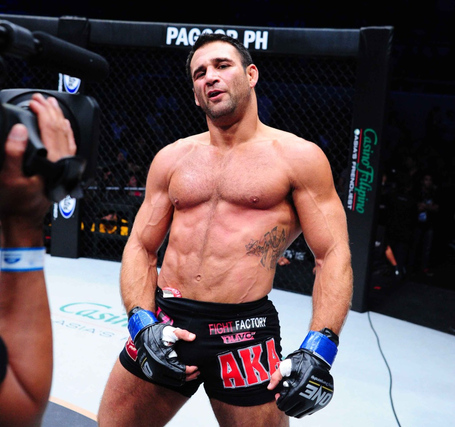 ONE Fighting Championship 5: "Pride of a Nation," held back on Aug. 31, 2012 from the Smart Araneta Coliseum in Quezon City, Philippines, was a night of surprises with many of the fights ending unexpectedly, suddenly and, in at least one instance, controversially.

In other words, a typical day at the office in the world of mixed martial arts (MMA).

It was the sort of occasion on which careers can be made and lost and some fighters will be leaving Manila with a well deserved swing in their step after making serious statements of intent about their fighting credentials.

Here are five fighters who either revitalized their career or really announced themselves to the Asian audience for the first time with big wins at ONE FC: "Pride of a Nation."

The New York Badass put his money where his mouth is by blowing away Rodrigo Ribeiro in less than a minute and then celebrating in style (see above!) The win improves his overall record to 15-15 and he is 1-1 for ONE FC, 2-2 since getting cut from the UFC and 5-5 in his last 10 fights, which adds a certain sense of symmetry.

Ribeiro was 9-8 going into the fight and is a third degree BJJ black belt and a veteran of the Brazilian scene. He is no pushover and went the full three rounds with Rustam Khabilov (who just signed with the UFC) in his last fight but Baroni blew him away in a first round frenzy.

This was one of the most impressive performances of Baroni's career and was reminiscent of his famous UFC win over Dave Menne. He is back in the mix in the ONE FC welterweight division and next time he fights it is likely to be on the main card with Fabricio Monteiro and Gregor Gracie two potential opponents. 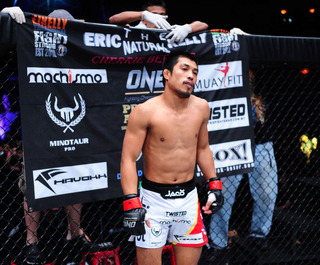 Eric Kelly's win over Jens Pulver was not exactly unexpected but it could very well turn out to be a defining moment in his career. It has massively increased his profile among the Filipino fans and his name was all over the national newspapers and major news websites in the aftermath of ONE FC: 'Pride of a Nation.'

He might not have reached the popularity levels of Eduard Folayang yet but he has certainly emerged from his shadow to establish himself as a strong contender to be the best pound for pound fighter in the Philippines.

Pulver had his moments in the fight, and it was clear from the early exchanges that this would not be an easy night's work for Kelly but he eventually found his range early in round two. After beating the former UFC champion his next assignment will be a ONE FC title shot against fellow Filipino Honorio Banario. 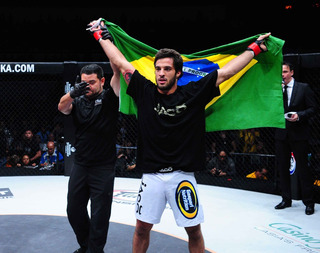 This was a make or break fight for Gregor Gracie after suffering a shock defeat in his last outing against Malaysian Adam Kayoom. If that performance raised a lot of questions about his ability to make the transition from BJJ to MMA then this one certainly answered them.

Nick Mann is a URCC champion and took a 4-1 record and a respectable reputation into this fight but Gracie dominated him and showed off some surprisingly good standup before sinking in the inevitable submission.

There is no doubt that he lost a lot of momentum by losing to Kayoom but he is back on track now and showed that he can compete in the striking department. Phil Baroni would be an interesting choice of opponent and a rematch with Kayoom might also be an option while Jung Hwan Cha is also a possiiblity. 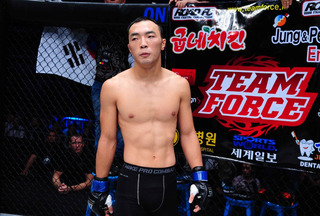 Soo Chul Kim is a veteran of 10 fights and has already fought in Japan, Korea, Taiwan, Singapore and Indonesia and taken on some top class opponents. He will have fond memories of his time in the Philippines as he registered probably the most impressive win of his career over Kevin Belingon.

The Filipino was 9-1 going into this fight and had the home crowd firmly behind him. Kim served notice of his ability when he beat a Japanese fighter with 18 wins in his last outing and he carried on where he left off by dominating Belingon for three rounds.

Kim's lost a few fights along the way but at such a young age he has enormous potential and back to back wins have revitalized his career and put him right in the mix in the ONE FC bantamweight division. He is desperate for a rematch with Leandro Issa because he feels he got a raw deal from the judges the first time they fought. 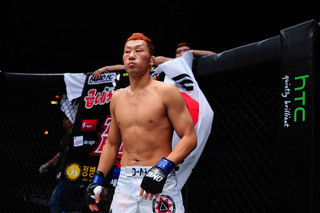 No-one really knew too much about 'The Stonecutter' before this performance but he will live long in the memory and not just for his 'Gangnam style' entrance. Cha's major claim to fame going into this fight was a 2010 KO win over Ryo Chonan but it was his ground game that proved the major taking point.

Once a Gracie takes you down it is supposed to be the end of your night, unless you happen to be a highly decorated BJJ practitioner, but Cha not only survived on the ground he also seemed to get the better of Igor Gracie, trapping him in a crucifix at one point to punish him with punches.

The fight ended on the ground with Gracie seemingly exhausted and Cha hammering away. The Road FC's BJJ looked to be very much black belt level and this Korean has come from nowhere to establish himself as an immediate force in the welterweight division and potential title contender, a fight with Gregor Gracie would provide an intriguing sub plot while Fabricio Monteiro and Phil Baroni are also viable alternatives.

Honourable mention also goes to Shannon Wiratchai who showed solid submission defence and some serious striking skills to KO Mitch Chilson. The young Thai fighter improves to 3-0 with this win and on the basis of this performance he will be a fixture in the ONE FC featherweight division for the forseeable future.