Ultimate Fighting Championship (UFC) photographer extraordinaire, Josh Hedges, was on the scene at the XS nightclub from the Encore earlier today (July 5, 2012) to shoot several of the notable fighters who will compete on the UFC 148: "Silva vs Sonnen 2" main card for the event's open media workouts.

Naturally, UFC Middleweight Champion Anderson Silva was front and center to strut his stuff and show off some of his trademarked moves, which he plans on busting out for his 185-pound title defense against Chael Sonnen this Saturday night (July 7) at the MGM Grand Garden Arena in Las Vegas, Nevada.

All under the watchful eye of master Steven Seagal.

Check out more great pics from the UFC 148: "Silva vs. Sonnen 2" open media workout after the jump, courtesy of Josh Hedges for UFC.com: 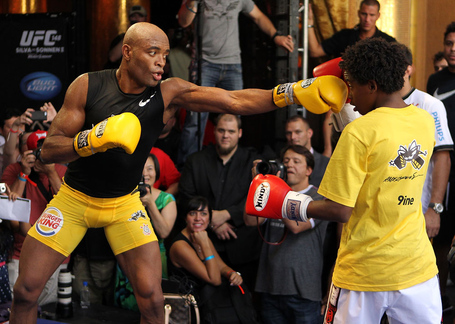 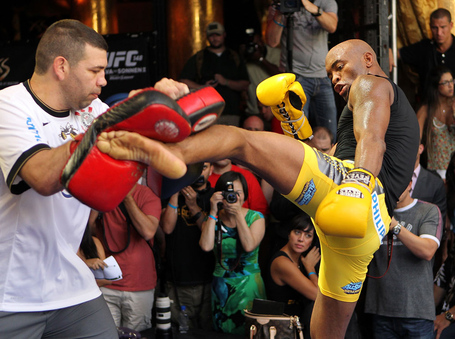 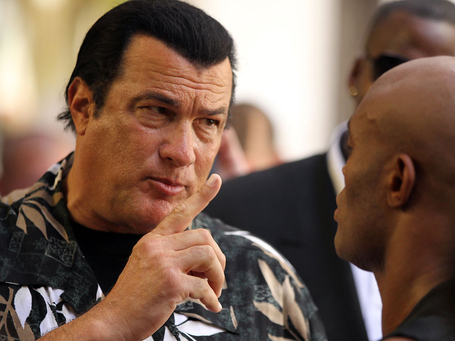 The teacher and the student. 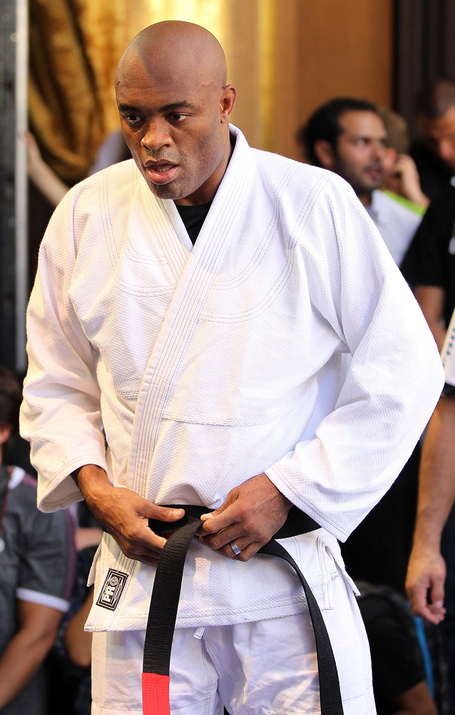 MMAmania.com will provide LIVE round-by-round, blow-by-blow coverage of UFC 148 on fight night, which is slated to air at 10 p.m. ET on pay-per-view (PPV). We'll also deliver live results from the "Prelims" bouts on Facebook/FX earlier than that around 6:45 p.m. ET.

For more on UFC 148: "Silva vs. Sonnen 2" be sure to check out our complete event archive right here. To view Hedges' complete photo gallery for this event CLICK HERE.