It may have even been enough to earn him a fight against Anderson Silva.

Joey Beltran had his return to the Octagon spoiled, as James Te Huna welcomed him to the light heavyweight division by dropping bombs on his head for three rounds and 15 minutes. The $40K for "Fight of the Night" surely helped ease the pain.

A photo gallery (via US Presswire) is available for your viewing pleasure after the jump. For complete results and blow-by-blow coverage of all the night's action click here. 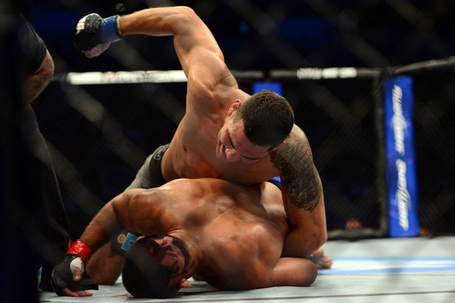 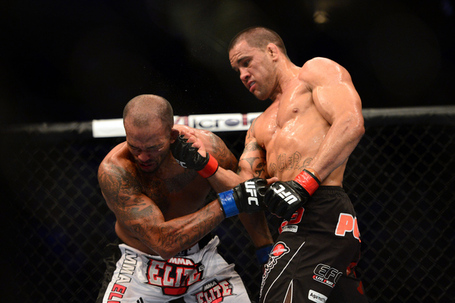 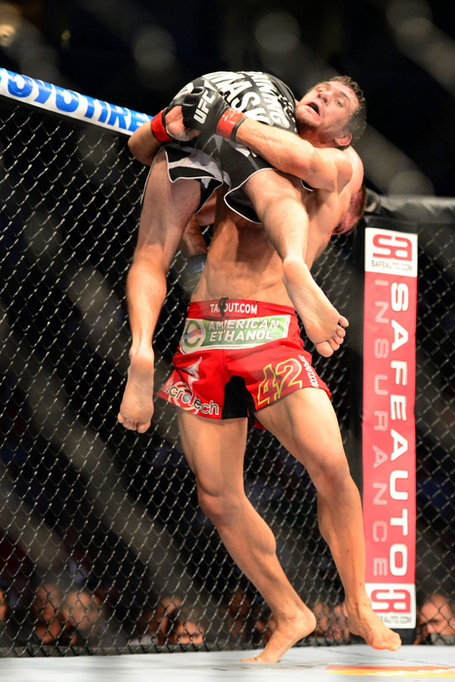 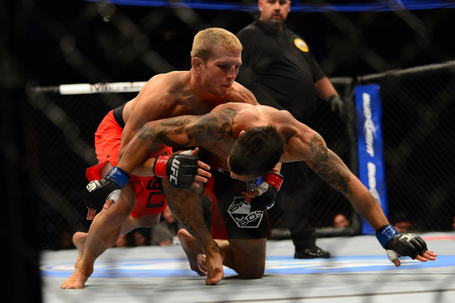 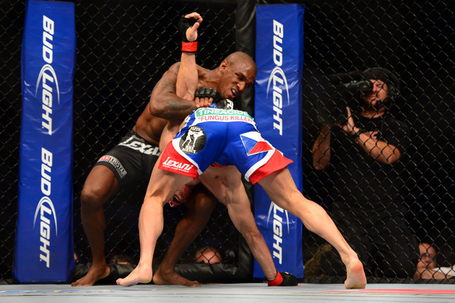 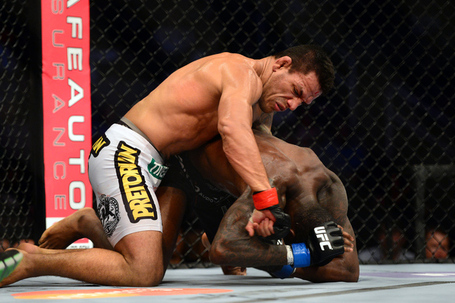 All photos by Kyle Tareda via US Presswire.