Share All sharing options for: UFC 147 weigh in photos gallery for 'Silva vs Franklin 2' in Brazil

UFC 147: "Silva vs. Franklin 2" is all set to pop off tomorrow night (Sat., June 23, 2012) from the Estádio Jornalista Felipe Drumond in Belo Horizonte, Brazil, featuring a catchweight rematch pitting Wanderlei Silva in his native land looking to even the score against Rich Franklin.

Also on tap for the mixed martial arts (MMA) promotion's return to Brazil is a heavyweight hustle that will see Fabricio Werdum look to continue his ascension back up the 265-pound ladder against the unheralded but always game Mike Russow.

All that, plus The Ultimate Fighter (TUF) Brazil finals!

Before we can get to the good stuff, however, every one of the competitors on tomorrow night's fight card had to hit the scales to make sure they weren't carrying any extra baggage. Thankfully, none of them were and we're all good to go.

After the jump, you can check out photos from UFC.com photographer extraordinaire Josh Hedges, who was on the scene snapping shots at today's UFC 147 weigh-in event. For complete UFC 147 weigh in results click here, for staredowns click here and to watch the full "Silva vs. Franklin 2" weigh-in video replay click here. 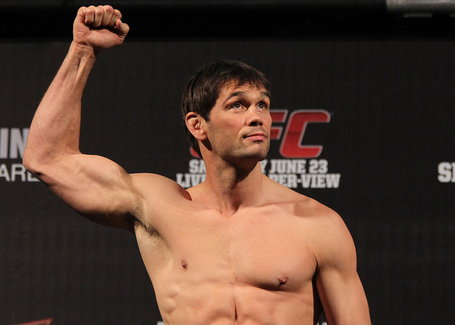 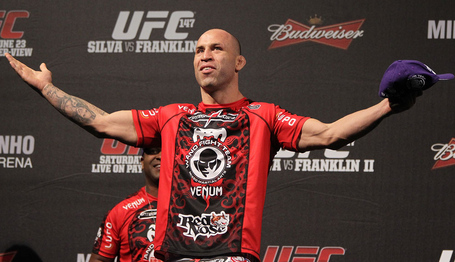 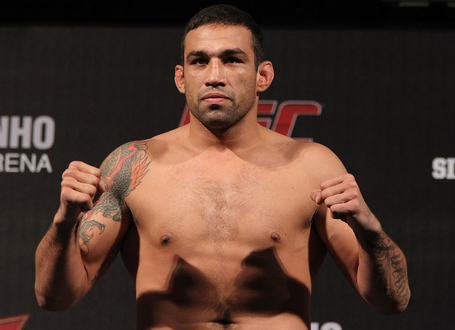 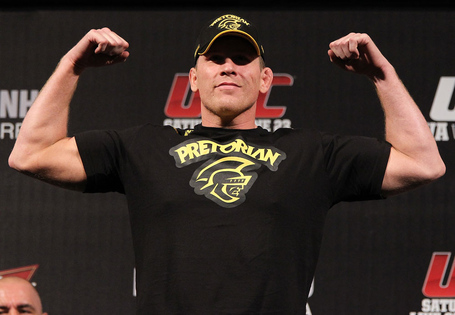 MMAmania.com will provide LIVE round-by-round, blow-by-blow coverage of the UFC 147: "Silva vs. Franklin 2" on fight night, which is slated to air at 10 p.m. ET on pay-per-view. We'll also deliver live results from the "Prelims" bouts on Facebook/FUEL TV earlier than that around 5:30 p.m. ET.

For more on UFC 147 be sure to check out our complete event archive right here. To view Josh Hedges' complete photo gallery for this event CLICK HERE.