Share All sharing options for: UFC on FX 4 open media workout photos gallery for 'Maynard vs Guida' in Atlantic City

Ultimate Fighting Championship (UFC) photographer, Drew Hallowell, was on the scene at Revel Casino in Atlantic City, N.J., earlier today (June 20, 2012) to shoot several of the notable fighters who will compete on the UFC on FX 4: "Maynard vs. Guida" main card for the event's open media workouts.

Naturally, the two men who will collide in the main event of the evening, Gray Maynard and Clay Guida (enjoy that mane while it lasts, Clay), were on the scene to promote their Lightweight clash, which might get the winner back "in the mix" for the 155-pound title chase.

The two fighters who will co-headline the mixed martial arts (MMA) event -- Spencer Fisher and Sam Stout -- were also on the scene to work up one of the last few real sweats prior to their trilogy match on fight night (June 22, 2012) at Revel Casino in "America's Favorite Playground."

Check out more great pics from the UFC on FX 4: "Maynard vs. Guida" open media workout after the jump, courtesy of Drew Hallowell for UFC.com: 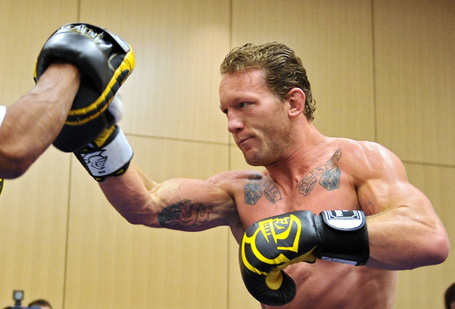 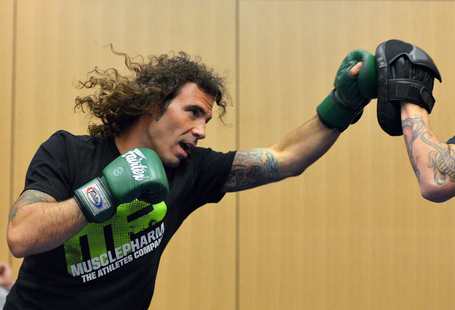 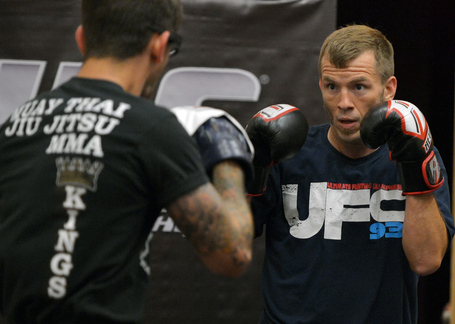 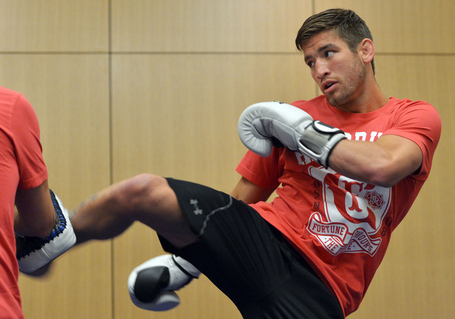 MMAmania.com will provide LIVE round-by-round, blow-by-blow coverage of the UFC on FX 4: "Maynard vs. Guida" on fight night, which is slated to air at 9 p.m. ET on FX Network. We'll also deliver live results from the "Prelims" bouts on Facebook/FUEL TV earlier than that around 5:30 p.m. ET.

For more on UFC on FX 4: "Maynard vs. Guida" be sure to check out our complete event archive right here. To view Hallowell's complete photo gallery for this event CLICK HERE.