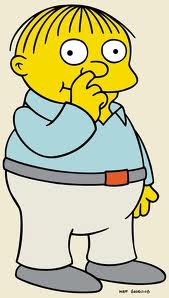 First of all, does the UFC think we have no lives whatsoever? Ok, I don't, but two events in two nights? That too much, even for me. I can't do 14 hours of watching fighting in a 48 hour time period. That's batshit insane.

One of the things that takes the longest in all of this is gathering the fighters information, odds, records, linking, etc. So you guys get none of that. Just the straight up shitty predictions.

And considering I'm on a horrible losing streak you'd literally be as dumb as Jay to pick anything I do. Just consider this a list of half-educated half-guesses about what's going to happen. Without further ado, the oracle speaks:

Damn, who to pick? Rivera looked good in his three round stalking of Alex Soto, though he didn't really seem to have a finisher's instinct. Poor Ken Stone was thrown against the sharks in his first two UFC fights before dropping down to crush Donny Walker. Given the hands on Rivera, I'm going to say he gets it done on the feet.

Rivera by KO round 2

Honestly, I don't see how Miller loses. Dropping down to welterweight he's going to have a significant advantage in strength, wrestling, and cardio if he makes the weight cut. Although Funch was destroyed by Pyle, he's no scrub. He took Johny Hendricks three rounds in 2009, and knocked out TJ Waldburger in 2008. Miller has one of the most impressive resumes of losses in the UFC, going the distance with Rousimar Palhares, Nate Marquardt, Michael Bisping, Demian Maia, and Chael Sonnen. I don't see why he should break his streak now.

Ramos didn't really get to show much in his UFC debut since he was demolished by Erick Silva in about 40 seconds. Not that we can count anything by that since Silva demolishes everybody. I think that means Ramos is at the UFC gates and Brown makes for a great UFC gatekeeper. He showed that with Chris Cope and Stephen Thompson and he should show it here. I say "should" because Brown's also a notorious choker.

What a horrible hot bout. Impossible to guess. Camozzi has been a legitimate fighter since finishing TUF 11, defeating four fighters and losing twice, most by decision. Catone, meanwhile, easily handled the dangerous Constantinos Phillipou at UFC 128 in a 195-lb catchweight fight. I'd say that means there's a good chance it's going to be a slobberknocker. Although more likely it'll be a lot of clinching, wall and stall, and lay and pray.

Although Story lost a close decision to Charlie Brenneman and Martin Kampmann, he's still a legitimate welterweight at the top of the food chain, and should be too much for Brock Jardine to handle. I think Jardine might survive three rounds, but I don't think the fight will be very close.

Story by TKO round 3

It's always hard to pick a fight between a semi-proven fighter and a relative unknown with a perfect record. Siler looked great against Cole Miller, pretty much shutting down his jujitsu game and battering him on the feet with good Muay Thai. Gambino has beaten nobody of note, so it's not easy to guess what he'll do out there. I'm guessing he gets beaten up on the feet, but the question is whether he survives to the scorecards. I'm going to say no.

Siler wins by submission round 3

Same as above. Nijem looked like a beast against Danny Downes, but Keith is undefeated in the minor leagues with five stoppages in eight wins. My gut is that Nijem is just too relentlessa fighter, while Keith hasn't fought in almost a year.

Nijem by submission round 2

Not sure why this is on the undercard. I mean, Hioki seems one of the heirs to the title shot. First he has to get past Lamas. If the Hioki who fought Palaszewski shows up he should win easily. If the one who fought George Roop comes then we might have problems. Lamas' comeback submission win against Cub Swanson was impressive, especially the transition he made into the arm-triangle. But Hioki's ground game is on another level.

Swanson's destruction of George Roop notwithstanding, Pearson has the edge in the standup and the likelihood that this will stay on the feet is very high. I hate to say we're going to see five decisions in the first nine fights, but that's what it's looking like.

Although Waldburger has looked great in the UFC and has genuine submission skills, I can't see him doing anything but getting knocked the fuck out here. Ebersole has demolished veterans like Chris Lytle and Dennis Hallman and outgrappled Canadian prospect Claude Patrick. Ebersole is going to bring the Hairow smackdown.

Ebersole by TKO round 1

I don't get why this is on the main card. Two kind of washed up lightweights rematching a five-year-old decision? I guess.

Epic fight. Five rounds. But Maynard is just better everywhere. He has great power, counter-wrestling, and cardio. He's done the five rounds before. Meanwhile Guida is resilient, tough, and can't be knocked out. This should be fight of the night.