The intersection of Grand Blvd. and Helen Street in Binghamton, N.Y., is where the squeaky-clean image of Ultimate Fighting Championship (UFC) Light Heavyweight Champion Jon Jones came to a crashing end over the weekend.

Jones was arrested and charged with Driving While Intoxicated (DWI) shortly after he went toe-to-toe with a telephone pole in the early morning hours of Sat., May 19, 2012, and lost ... big time. The good news is that no major injuries were reported; however, the clean-cut, God-fearing mixed martial arts (MMA) sensation will likely take a huge hit in the court of public opinion before he even gets to tell his side of the story before a judge.

Indeed, the 24-year-old UFC poster boy -- and bourgeoning box office draw -- will have to endure many more stories like this one, as well as questions about what went wrong and, perhaps more important, who he "really" is because there are many fight fans who feel he's "fake."

You can bet your bippy that Rashad Evans is softly singing, "I told you so" somewhere in South Florida.

Indeed, this story and how Jones handles it moving forward (read his first official statement here), especially with another upcoming title defense planned for later this year against Dan Henderson looming on the horizon, will be real interesting to monitor and see how he handles the turmoil and adversity. It will likely be a major distraction inside and outside the Octagon, pushing him to the brink physically, emotionally and dare I say, spiritually, in the days, weeks and months ahead.

In my estimation, the real Jones will emerge at the end of this open-ended ordeal ... whenever that may be. But, like I said, this is just the start of a very long saga.

Check out video of the Jon Jones car crash that made the recent local WBNG evening news broadcast in upstate New York after the jump, as well as a pic of the unlucky telephone pole that he and his 2012 Bentley Continental GT (worth and estimated $190,000) nearly snapped in two: 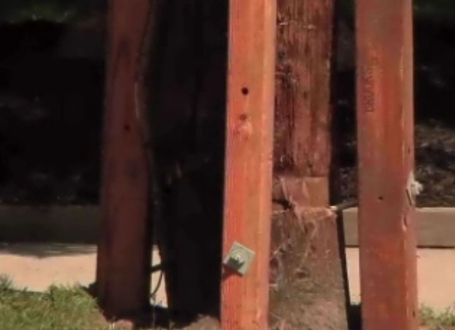 For everything you need to know about Jones, his DUI arrest, upcoming fight and everything else under the sun be sure to check out our complete fighter archive right here.