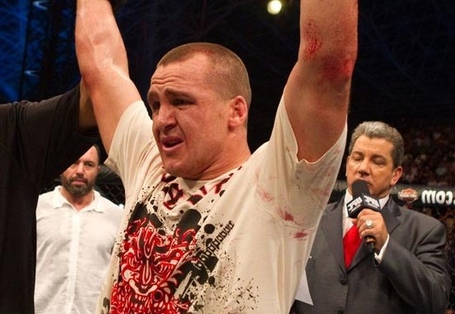 Former Ultimate Fighting Championship (UFC) fighter Paul Kelly was one of three men arrested this morning (May 15, 2012) in England and charged with conspiracy to supply class A and class B drugs, according to the Liverpool Echo.

Kelly was somewhat unfortunate to find himself cut from the UFC last year with a 4-3 record. He fought most recently for the Super Fight League, losing a unanimous decision to Ryan Healy.

According to the Liverpool Echo article, heroin, cannabis and large sums of money were recovered as police executed 12 search warrants in the Liverpool area. In total seven arrests were made and Kelly was one of three men charged with conspiracy to supply Class A and Class B drugs.

Kelly is 27 years old and currently has a 12-5 professional mixed martial arts (MMA) record. He fights out of Team Kaobom in Liverpool and has faced the likes of Donald Cerrone, Dennis Siver and Jacob Volkmann during his UFC career.