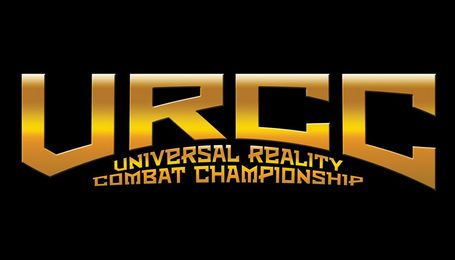 There weren't too many names which fans outside the Philippines would have been familiar with on the URCC 21 card but there was a full house at the SMX Arena who got to see some of the stars of the future in action.

Eduard Folayang, Eric Kelly and Kevin Belingon are already well established internationally but back home a new generation is emerging which will soon be ready to challenge their status as the top fighters in the country.

One name to look out for is Jonathan Sumogat. He is only 20 years old but he defeated Mark Abrillo in the first round of their fight at URCC 21 to make it three submission wins out of three in his professional MMA career.

Sumogat is a product of Cenojas MMA in Davao and an accomplished grappler who won gold at the 2011 Pan Asian Games. He also looks remarkably young and is likely to quickly outgrow the flyweight division but clearly has the potential to develop into one of the best fighters in the Philippines

Roy Doliguez is 10 years the senior of Sumogat and was up against 4-4 fan favourite Alvin Ramirez in what was only his second professional fight. You would expect a boxer who has challenged for world titles and been a champion at both a national and continental level to be over reliant on his hands but the 30 year old turned out to be surprisingly well rounded.

He brutalized Ramirez's lead leg with low kicks throughout the fight and also looked much stronger on the ground where he seemed very comfortable. He didn't throw too many punches but plenty connected and he seemed to have no problem pacing himself sufficiently to be ale to dominate the two ten minute rounds and win a clear cut decision.

Doliguez has boxed all over the world and has 46 fights under his belt but looks remarkably well rounded as a mixed martial artist, supposedly he has been studying MMA techniques for almost a decade. The 119 lbs division is one of the most competitive in the Philippines and both Rey Docyogen and George Lusadan are potential opponents but if he can move up to 125 lbs his boxing credentials could make him extremely attractive to an international promoter.

There was not a boring fight on the card but one of the most entertaining was the battle between Muay Thai experts Jerson Estoro and Reysaldo Transmonte. Two ten minute rounds were not enough to separate these two as they went toe to toe exchanging kicks, punches and even elbows.

The third and final round was also closely contested but Estoro, who is a Muay Thai champion with professional boxing experience, did just enough to edge it. A rematch would definitely be an entertaining prospect but Estoro is now 5-2 and the 25 year old will find no shortage of competition in the highly competitive URCC bantamweight division.

In the main event Froilan Sarenas found himself moving up in weight to take on Australian Nicholas Mann. Sarenas holds a URCC belt in the middleweight division, which has an upper limit of 179 lbs, and was rumoured to be considering cutting down to welterweight so it was a surprise to see him taking a fight at 185 lbs.

Mann is the URCC Light Heavyweight champion and he put in a dominating performance. Sarenas needed to take the fight to the floor where his purple belt in BJJ could have come to the fore but he was unable to secure a single takedown and the Australian controlled the stand up exchanges to take a decision win.

Muayfit team mates Mark Striegl and Will Chope both improved on their perfect URCC records with first round rear naked choke wins. Former URCC lightweight champion Angelito Manguray made an unsuccessful comeback against Chope who moves up to 10-5 while Striegl overcame the challenge of Alcer Lozada to improve to 10-0.

When this card was first announced I was a little disappointed to hear that the likes of Rey Docyogen, Eric Kelly, Honorio Banario, Jessie Rafols, Kevin Belingon and Honorio Banario would not be on it. However after watching the entire event from start to finish on a crystal clear stream I forgot all about the fighters who weren't in action and enjoyed the opportunity to see some stars of tomorrow in action.

With promising fighters like Sumogat, Doliguez and Estoro coming up through the URCC ranks the future of Filipino MMA looks very bright indeed and I can't wait until the time comes for these up and coming fighters to clash with the existing champions.

Will Chope vs Angelito Manguray, Will Chope wins via rear naked choke in the 1st round

Mario Sismundo vs Miguel Alo, Miguel Alo wins via armbar in the 2nd round

Adam Cacay vs Fred Lim, Adam Cacay wins via armbar in the 2nd round.