Share All sharing options for: Eddie Alvarez vs Shinya Aoki staredown pic from Bellator 66 weigh-ins on April 19 plus gallery

Bellator 66 will be headlined by a much-anticipated lightweight fight that features former Bellator 155-pound champion Eddie Alvarez and current DREAM 155-pound champion Shinya Aoki. Aoki has the bragging rights after tapping Alvarez via kneebar in just 92 seconds at Dynamite!! back in 2008

If you missed today's weigh in results be sure to check our our Bellator 66 weigh-ins post right here.

This weekend's festivities also feature a quartet of Bellator tournament bouts, including two semifinals match ups in the Middleweight division, as well as two semifinal bouts at Lightweight.

We've got that video and more pics after the jump: 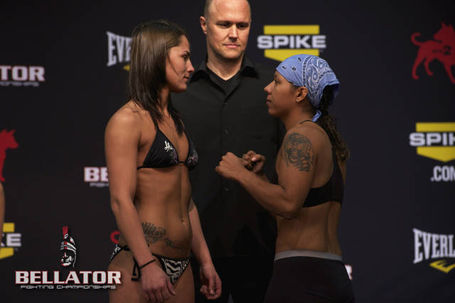 Bellator lightweight Lloyd Woodard gives his best scary face (while holding a cupcake) for the cameras. 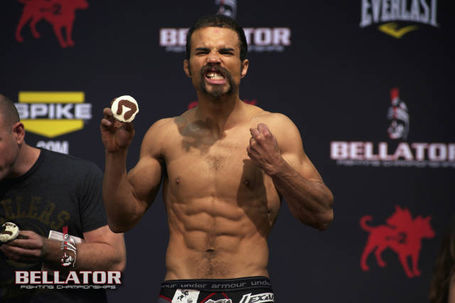 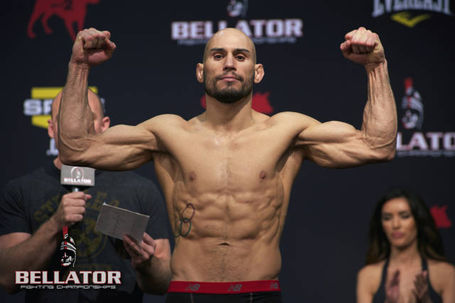 You can find the rest of the Belaltor 66 weigh-in photo gallery here.

What fight are you most looking forward to tomorrow, Maniacs?