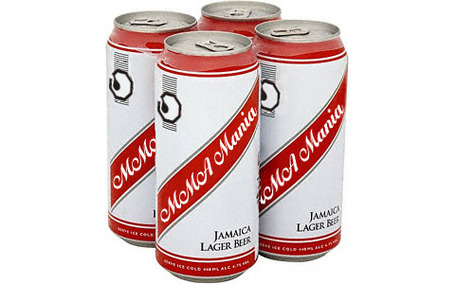 Welcome to the UFC 145: "Jones vs. Evans" edition of MMAmania.com presents "Beermania."

The plan is to rate and review two different styles of beer prior to each UFC pay-per-view (PPV) fight card, with one brand representing each of the two main event fighters. For this edition, I will present two top notch India Pale Ale (IPA's), both brewed out of the headliners' home state of New York.

Here's how it works.

When reviewing a beer, there are typically five categories of concern: Appearance (A), Smell (S), Taste (T), Mouthfeel (M), and Drinkability (D). After a brief description for each category, based on my tasting notes, I will assign a letter grade to each beer.

With any luck, I can convince some you to try out a beer you normally wouldn't have sampled at the local watering hole -- or keep you from making a huge mistake when ordering on the fly.

Out of the red corner, representing the 205-pound champion and soon to be greatest of all time, Jon Jones, is Ithica Flower Power brewed by Ithica Brewing Company. 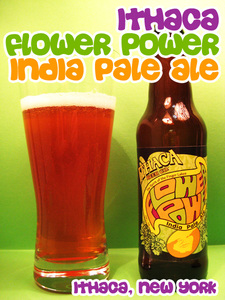 From the Brewery: Ithica Brewing Company

A: Pours a hazy golden orange with a nice eggshell white head that fades to a layering and leaves some nice sticky lacing.

S: The aromas are big on the hops and a bit of sweet malt as well. I'm picking up grapefruit, floral hops, a bit of pine and a decent caramel malt backbone. There's a bit of tropical fruit in there as well. As I take more whiffs of this thing it gets more complex.

T: The exceptionally pleasant sweetness from the honey malt is exceeded only by its hop bill. Notes of citrus and bright tangerine dominate.

D: Style points all over the board, even though it is at upper range of simple IPA at 7+ percent. Nothing outlandish, flamboyant or overdone, just a nice straight forward (if slightly balanced) and finely executed IPA. Drinkable in spades

Overall: If I had to pick one IPA to drink forever....well, that would be tough, but this is right up there!

And out of the blue corner, representing the number one contender, Rashad Evans, is Southern Tier IPA brewed by Southern Tier Brewing Company. 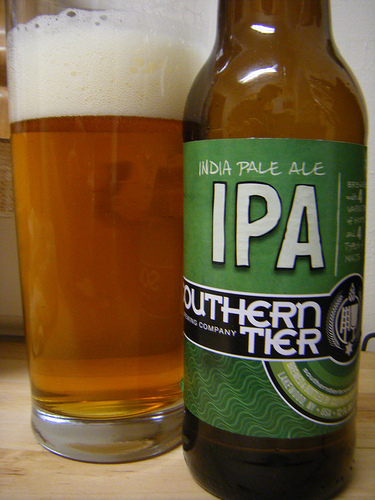 From the Brewery: Southern Tier

IPA stands for India Pale Ale and ours is an American version of the classic style. IPA's namesake lies in its colonial roots. British soldiers on their way to India drank a lot of beer, but found it would go stale on the long voyages. Meanwhile, brewers knew that by adding more hops, the beer would stay fresh. Voila! A new style was born and it is one we are proud to brew. Southern Tier IPA is a triple-hopped on its journey to your glass for a fully aromatic experience. Alcohol by volume 6.9%

A: Copper/orange color that is quite clear. A one finger off-white color head that fades and leaves mega-lacing.

T: Very similar to the nose. The malts taste a touch lighter than in many IPAs and APAs. Grapefruit is a bit more prominent on the palate and a bit of pine compliments the resin here as well. A bitter finish lasts for a while and is complimented quite nicely by the peppery flavors.

Final word: It goes down so easily, I could drink this all night. It's simple enough to down a few, but keeps me entertained in the process. Great job, Southern Tier!

That does it for this edition of Beermania. As always, enjoy responsibly. And go Jon Jones!

Who is going to be the biggest winner this weekend.