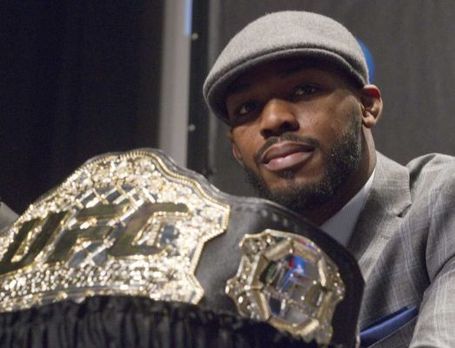 The Light Heavyweight division has been one of the top weight classes in MMA for a nearly a decade. The division, which showcased superstars: Tito Ortiz, Rampage Jackson, Shogun Rua, Chuck Liddell, Randy Couture, Wanderlie Silva, Loyoto Machida, Dan Henderson and Forrest Griffin; may have, in part, help contribute to the sports growth over the last 5 years. The division has produced classics rivalries such as Machida/Shogun, Silva/Henderson, Liddell/Ortiz, Rampage/Silva, Couture/Liddell, Bonnar/Griffin, Rampage/Liddell, and Shamrock/Ortiz. As with all great era’s, however, they must end before they can become an era. And this one seems to be nearing it’s end.

Now that some of the aforementioned stars have retired or more appear to be on the cusp, we are experiencing a transition period within the division. Over the next few years the division landscape will drastically change, sending the rankings into constant tailspin as old favorites drop and new faces slowly leave their imprint on the division. Already the division has a new kingpin in young phenom Jon Jones, who has hawk-like grasp the top spot and doesn't appear to be letting it go anytime soon.

Next in line, in an attempt to peel Jones’s talons off the belt, is former champion Rashad Evans, who is schulded to face him next week at UFC 145 in Atlanta, Georgia.

After the two UFC 145 headliners blasted down the gates, up-in-comers Phil Davis, Ryan Bader, and Alexander Gustaffson battled their way to the top of a division that was once heavily guarded by a slew of former title holders and ledgens of the sport......

Gustaffson, 6-1 UFC, made his entry into the top 10 by defeating division gatekeepers Vladimar Matyushenko and Matt Hamill. Last night he secured his position by beating former division standout Thiago Silva in front of a hometown crowd in Stockholm, Sweden.

Gustaffsson’s lone loss came to NCAA wrestling powerhouse Phil Davis back at 112 in April of last year. On top of the Gustaffson victory, Davis also has wins of Antonio Rogerio Nogueria and Middleweight risers Tim Boetsch and Brian Stann. He suffered his first career loss to Rashad Evans in January at UFC on FOX 2.

Ryan Bader burst on to the scene by winning season 8 of the Ultimate Fighter. He followed that up with wins over Antonio Rogerio Nogueria and Keith Jardine before dropping two straight to Jon Jones and Tito Ortiz. He reemerged by defeating Rampage Jackson at UFC 144 in Feburary.

James Te Huna and Anthony Perosh has emerged as middle of the pack fighters. Huna is 3-1 in the UFC with his only loss coming to the aforementioned Alexander Gustaffson. Perosh on a 3 fight winning streak since dropping from the Heavyweight division. Stephan Bonnar is riding a 3 fight winning streak beating Krzysztof Soszynski, Igor Pokrajac, and Kyle Kingsbury.

The UFC also just signed promising newcomers Glover Teixeira and Ryan Jimmo, who just might be future contenders. These two have a combine 40-9 record and have been powerhouses in the smaller organizations for years.