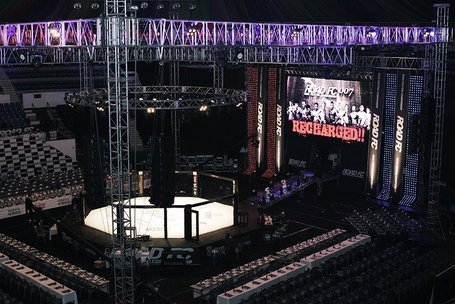 The biggest promotions in Korea and China put on cards last Saturday night with Road FC 7 taking place in Seoul and RUFF 3 in Chonqging. The main winners were Kyung Ho Kang and Rodrigo Caporal who both posted big wins in the main events of these respective shows.

Kyung bounced back from his disappointing decision defeat to Andrew Leone to submit Japanese veteran Shoko Sato at the Jangchung Gymnasium while Caporal defeated Lipeng Zhang by split decision at the Chongqing Indoor Stadium.

Kyung was reinstated in the Road FC bantamweight tournament despite losing to Leone in a fight which he dominated but lost because he was deducted a point per round for missing weight. Sato is a Pancrase and Sengoku veteran who came into the fight with 15 wins to his name but Kyung showed why he is so highly rated in Korea by putting on a dominant performance before finishing the fight with an armbar in the second round.

Caporal's win was not so clear cut as the Hong Kong based Brazilian improved his record to 6-4 after being awarded victory by split decision, the defeat sees Zhang slip to 4-4. Earlier in the night another fighter who lives and trains in Hong Kong, South African Irshaad Sayed, took on Chinese fighter Jumabieke Tuerxun in a rematch.

Last time they fought at Top of the Forbidden City Championship Jumabieke won the decision and this time Sayed pushed him even closer, taking him to a split decision. Despite the gulf in experience there is obviously very little between these two fighters and Jumabieke can consider himself a little fortunate to still be unbeaten after posting back to back split decision wins.

In non tournament Road FC bouts UFC veteran Roan Carneiro submitted Jung Hwan Cha with an armbar in the opening round while Denis Kang's brother Tommy won his professional debut by defeating Eun So Kim via TKO (punches) in the second round of their fight.

Gi Young Kim vs Sang Jin Hong was a draw