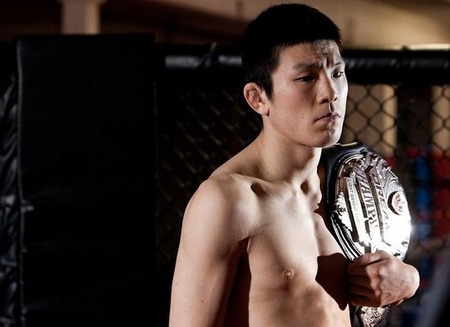 People ask me almost every day what are the best camps in Asia. And while it's an area I generally tend to stay away from because of the politics involved, I decided to do some research and actually write an article that I can refer to them to in future.

I haven't visited all these places personally, so I have judged them all according the calibre of their coaches, the quality of their fighters and their overall reputations. Some camps are very selective as to who is allowed to train with their fight team, whereas others allow everyone to train together.

So if you are looking at potentially joining or visiting any of them, I suggest you do some research of your own first.

While there is no doubt that the standard of training overall is higher in the United States and Brazil, there are a few camps in Asia, notably Evolve MMA in Singapore, which are bucking the trend. With so many outstanding fighters in sports like Wushu and Muay Thai and a steady influx of Brazilian jiu-jitsu black belts from the West, I believe it is only a matter of time until Asia catches up with the Americas in terms of the quality of mixed martial arts (MMA) training available.

Without further ado, these are the places which, in my opinion, are already leading the way:

Opened its doors only three years ago

Evolve MMA in Singapore has firmly established its reputation as Asia’s best professional fight camp and has more world champion trainers than any other gym on the planet. Chatri Sityodtong and Heath Sims are also widely regarded as two of the top MMA coaches in Asia.

Team Lakay in Baguio is home to virtually all of the top fighters in the Philippines, including URCC champions Eduard Folayang, Honorio Banario, Kevin Belingon and Roy Docyogen. Coach Mark Sangiao is a former fighter who is rapidly gaining a reputation as one of the best coaches in Asia.

The high altitude at Baguio seems to give the fighters exceptional cardio and fighters from Team Lakay are very well rounded. They are known to mix unorthodox Wushu-based stand up, wrestling skills, and brutal ground and pound. Team Lakay's fighters collectively have the best record in the Philippines and they routinely dominate at the URCC circuit, the most prestigious MMA organization in the Philippines.

Fan favorite Eduard Folayang is one of the front-runners for a title shot at ONE Fighting Championship and Team Lakay has featured prominently at ONE FC.

Based in Seoul, Korea Top Team is the premier mixed martial arts camp in the country and is home to UFC veteran Chan Sung Jung. ‘The Korean Zombie’ is the best known Korean fighter in the world and is legendary for his durability and highly sophisticated submission game. Another UFC fighter, Dongi Yang, calls Korea Top Team home while a number of its fighters are also enjoying success on the local Asian scene including Jang Yong Kim and Hyun Gyu Lin. Some of the toughest prospects in Korea train at Korea Top Team.

China Top Team is blazing a trail for MMA in China under the guidance of third degree BJJ black belt Ruy Menezes. His star pupil is undoubtedly Zhang Tiequan who is the first Chinese fighter to ever fight for the UFC. The Mongolian Wolf is a submission wizard who is better known for his ground game than his stand up. China Top Team produces much more than just Sanda fighters. Fighters like Jingliang Li and Honggang Yao are making names for themselves on local shows like Ruff and Legend and it is only a matter of time before more China Top Team fighters start breaking into the major leagues with ONE FC and the UFC. They have a deep talent pool of fighters who are all gaining more experience every day.

Krazy Bee is home to UFC fighters Norifumi Yamamato and Issei Tamura and lots of up and coming Japanese mixed martial artists making a name for themselves on shows like DEEP and Shooto such as Kyoji Horiguchi, the hottest rising MMA star in Japan. Krazy Bee is one of the top professional gyms in Japan and has a strong culture of hard sparring sessions. Look out for Krazy Bee fighters at the UFC, ONE FC, DREAM, DEEP, and Shooto.

Tokyo Paraestra is still one of the most respected camps in Asia and has a rich history. Founder Yuki Nakai was an MMA pioneer who made the team famous in the 90s and was last seen losing to Rickson Gracie in 1995. Satoru Kitaoka is a long time student and an elite fighter on DREAM. Masakatsu Ueda is the team’s most prominent member and is expected to make his Bellator debut soon and there is plenty of other young talent. Paraestra is a chain of MMA schools, but Tokyo is widely regarded as the headquarters.

Legacy Gym is owned by ONE FC star and K-1 and Muay Thai veteran Ole Laursen and is one of the oldest MMA camps in Thailand. It now has two locations, in Ubon Ratchatani in rural Thailand and the holiday island of Boracay in the Philippines. Unlike some of the MMA camps in South East Asia it doesn't market heavily to tourists, although they are welcome, but the focus is mainly on serious MMA fighters. The main ones are Laursen himself who is one of the top lightweights in the region and Canadian Vaughn Anderson, who has been on the scene for several years and has a stellar 14-1-1 record and top Chinese fighter Wang Sai.

Phuket Top Team was only built in 2011, but it has already attracted some top fighters to train there. Roger Huerta is now based there permanently as he looks to revitalize his MMA career and Vaughn Lee and Jorge Masvidal have also made training trips. Among the full time fighters are exciting American prospect Andrew Leone while on the coaching side BJJ black belt Rodrigo Praxedes is joined by a team of Muay Thai trainers.

Tiger Muay Thai was the first ever MMA camp in Thailand and remains the most popular to this day. BJJ black belt Ray Elbe runs the MMA program and is known as a good coach but does not have access to a big roster of serious fighters and resources because TMT’s business model revolves around tourists visiting the beaches of Phuket. The Muay Thai program at TMT has many seasoned veterans of Muay Thai and former UFC fighters such as Phil Baroni, Mike Swick and Roger Huerta have trained there.

Founded in 2010 Muayfit is a successful fitness-based facility in Kuala Lumpur. MMA classes proved to be so popular that the camp has expanded to include a full-time fight team with a mixture of local and international fighters. The most famous are unbeaten Filipinos Mark Striegl and Eric Kelly. Arnaud Lepont, Allamurad Karayev and Jian Kai Chee are also based there.