In the wake of the NFL's 'Bountygate,' a system in which players were financially rewarded for injuring opponents, comes word that the UFC has also been infected with the institutionalized encouragement of violence.

After sources broke the story, reporters caught up with UFC president Dana White.

Appalingly, White flat-out admitted a bounty sytem is in place.

Analysts worry about how the bounty system could affect UFC sponsors.

Sgt. Lance Corperal Johnny 'Clusterbomb' Renton of the US Marines had this to say:

"The US Marines and US Government cannot afford to be associated with reckless, institutionalized acts of violence. This kind of disregard for human safety just will not be tolerated.'

Even fighters seemed to disagree on the merits of a bounty system.

Brandon Saling, who heils from the deep South sometime in the 1940's and trains UFC but fights fought for Strikeforce, the company's Sister promotion, fears the bounty system might extend past the UFC.

'How far's it gonna go? I mean, this mutherfuker, Casey Manrique (Sailing's last opponent) choked me so hard I shat myself-in public-without any sort of financial incentive at all.'

Saling went silent for a couple of moments, obviously affected by the memory, before continuing:

'Nobody makes me shit my own shit. In public.' 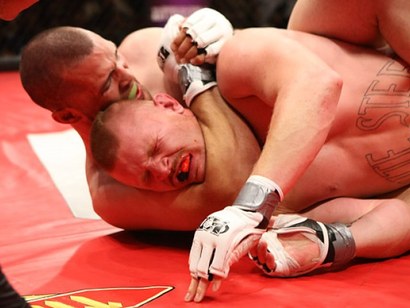 (Saling, pictured shitting himself. In public.)

UFC veteran Michael 'The Count' Bisping (below) said this:

"I dun't like it, I dun't like it atoll. Ah think if you ask 12 people off the street, 80% of them won't, either. It's just not very intellegent, encouraging knockouts and that saht of thing. Dana White (who once famously awarded one-time Bisping opponent Dan Henderson the Fight of the night, Knockout of the night, AND Submission of the night bonuses, just to be a dick) is a wankah.' 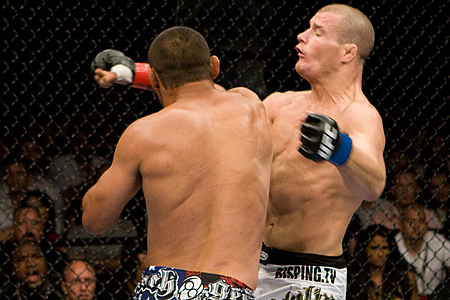 (Bisping, not liking it. Atoll.)

'Myself, personally, I have photos on my wall of all the fighters I've collected bonuses from by injuring them in various awesome and horrific ways.' 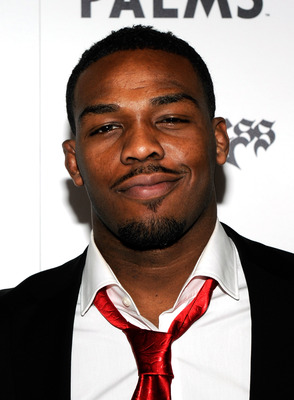 (Jones, being cocky. And fake.)

Experts worry that, if unchecked, the UFC's bounty system could lead to humans worldwide fighting eachother. Like with their fists and stuff.