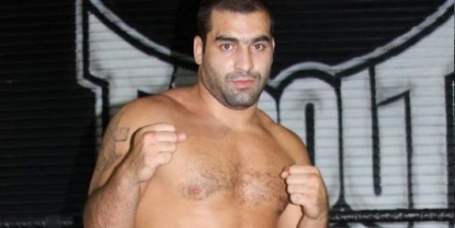 Blagoi Ivanov, a participant in the Bellator season five heavyweight tournament, is reportedly clinging to life after suffering a stab wound in which the knife pierced his heart.

The Bulgarian English-speaking news site Novinite has the dirty details:

"Sunday night Ivanov and two of his friends had just occupied their places in a bar on Graf Ignatiev Str., when a group of 8 persons armed with bats and knives came in and attacked them.

At 5.10 am police came in to find the attackers escaped and Ivanov with a deep stab wound under his armpit."

Ivanov had to undergo an emergency operation to save his life. Bellator CEO Bjorn Rebney, speaking to USA Today said that he has been in constant contact with Ivanov's management and the undefeated heavyweight is in critical, but stable condition. He also has yet to regain consciousness.

The Bulgarian famously ended Fedor Emelianenko's streak of Sambo world titles in 2008, defeating "The Last Emperer" in the semifinals before claiming the gold medal for himself.

Ivanov qualified for the Bellator season five heavyweight tournament with a first round technical knockout victory against William Penn.

In the tournament quarterfinals, he destroyed veteran Zak Jensen both standing and on the ground, advancing to the final four with a second round guillotine choke.

Unfortunately for "Baga," he was forced to pull out of the tournament after suffering an injury in training although he recovered enough to take a fight against former UFC champion Ricco Rodriguez on Christmas Eve late last year, defeating the American via third round technical knockout.

There is currently no timetable on his recovery or if he will ever be able to fight again.