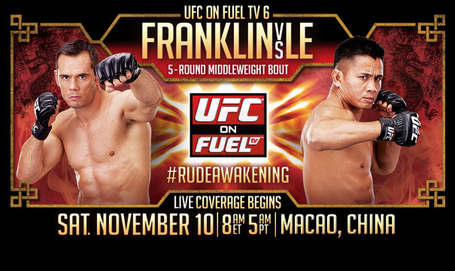 Wow. Just wow. Totally unexpected. The UFC went out with a bang in its debut in the Chinese market as it produced a good card. Unexpected results, wars, and a very good bevy of submissions and knock-outs for free, what can you ask for? In our own money pool, yours truly unexpectedly won the event by scoring 76 points. Let's head to the results:

Yan117, staying in a hotel in Edmonton phoned room service for some pepper.

"I am a true Canadian because I brag to my American and international friends that Justin Bieber, Shania Twain, Celine Dion and Mike Myers are Canadians.|

The rest of the scores:

That's a wrap Maniacs. See you next event. Please feel free to talk about anything so we create a venue to talk not just about gay stuff, which has been prevailing here nowadays in Mania.