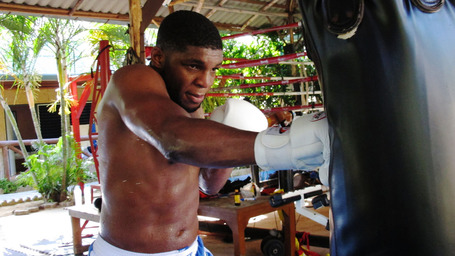 After fighting six times in 12 months, Paul Daley is entitled to a rest but instead he is in Tiger Muay Thai & MMA in Thailand, sharpening up his skills in preparation for a busy 2012. Semtex likes to fight, that's all he is really interested in, and his explosive Muay Thai based style means that fans like to see him fight even more.

They should be getting to do that in the next few months as Daley does have a fight coming up although for the moment at least the details are shrouded in mystery,

"I have a fight coming up, nothings set in stone but it will be around March time, that’s as much as I can say. It should be a big fight and I’m looking forward to it but I’m not even allowed to say which organization I will be fighting for."

He wouldn't give any indication as to where the fight was taking place or who the opponent would be but he did express a willingness to fight former UFC middleweight contender Nate Marquardt, with this match up widely expected to take place at some stage under the BAMMA banner,

"The fight with Nate Marquardt has been offered to me numerous times and if it is offered at a convenient time I’ll take it. I’m not one to back away from fights and it will be held in the UK where I have a lot of family and friends. It’s a very good matchup, he’s a former top ten middleweight and a big name to come down to the welterweight division and a big name for BAMMA to have signed."

One of the advantages of being outside the UFC is that Daley is allowed to fight for multiple promotions, allowing him to remain more active and, of course, get paid more regularly. He says he does not know whether he would be welcomed back after being unceremoniously cut for striking Josh Koscheck after the bell,

"I have no idea whether the UFC would take me back. I just need to keep winning and improving. Last year there was a poll with Michael Bisping, Dan Hardy and the other UK MMA stand outs and I won UK fighter of the year with over 60,000 votes which was considerably more than the other guys which, considering they are big names in the UFC, and a guy like me who was kicked out of the UFC is still a favourite among the fans is something no promotion can ignore so hopefully…. We’ll see what happens." 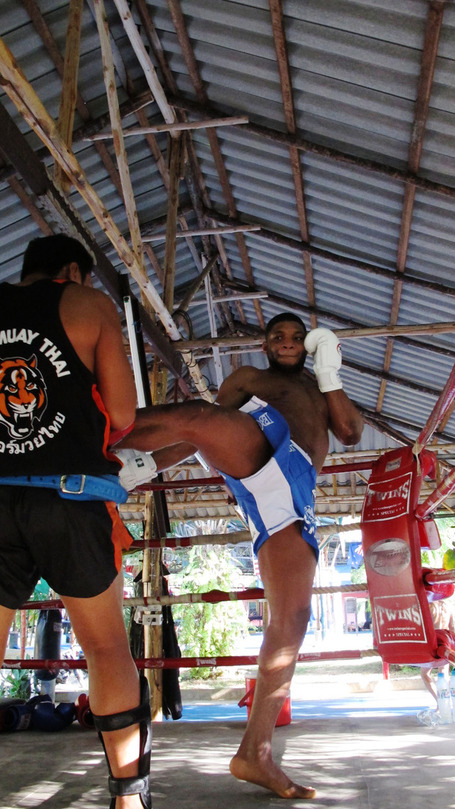 He repeatedly states during the interview that his focus is purely on fighting, winning and improving hence the trip to Tiger Muay Thai. Daley has trained at the Sitsongpeenong Muay Thai camp in Bangkok but this is his first time training at an MMA facility in Thailand and he is enjoying the experience,

"The set up is quite unique, there are a lot of great Muay Thai camps in Thailand but not so many that have MMA, Jiu Jitsu and wrestling and all that and the catering for the fighters here is pretty much second to none. There are so many high level coaches and guys with over 400 Muay Thai fights and they also have MMA fighters like JJ Ambrose, Felipe Enomoto and Ray Elbe. I think this is definitely going to be a place I come back to in the future."

Catering is an issue which is particularly pertinent for Daley, who has missed weight in two of his last five fights, although a broken sauna was to blame for his failure to make the 170 lbs limit at BAMMA 7 last September. He is adamant that his future lies in the welterweight division and is taking steps to ensure that he has no further issues with the scales in 2012,

"Diet is one of the areas that I have been focuccing on and that will be a vital part of my training camp in the build up to my next fight. I'm very strict on what foods I'm eating."

Daley's highest profile outing in 2011 came in April when he challenged Nick Diaz for the Strikeforce Welterweight title. In one of the rounds of the year he repeatedly rocked the champion who was able to recuperate and bounce back to stop the Brit with just three seconds remaining in the round.

Diaz is now one of the brightest stars in the UFC where he is riding an 11 fight win streak all the way to a title shot but Daley gave him a tougher test than any other recent opponent and believes that had circumstances not conspired against him he might well have won that fight,

"I think a rematch with Nick Diaz would be a very interesting match up and I think I could beat him. He got lucky the first time we fought and if the fight took place somewhere else with a different referee I could have been the Strikeforce Champion."

Despite his disappointment over the timing of the stoppage when they fought Daley has plenty of respect for Diaz and expects him to go on and win the UFC welterweight title,

"We knew he was very good so nothing came a as a surprise, I got caught early on and he is a pressure fighter so you have to be able to withstand the pressure, the fight was so close that there’s not too much that I need to critique I just need to improve continually and if I fight him again it will be different. Diaz is a very good and talented fighter and I wish him all the best, I think he will be the UFC champion and my focus is just to continue to improve so that I will be in the same position sometime soon." 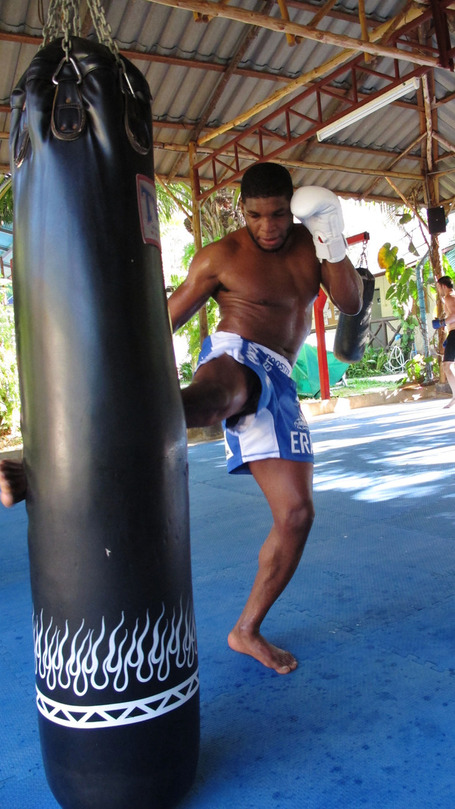 Given how much success Semtex has enjoyed and the amount of money he has made in the process he could easily have had his head turned and succumbed to distractions. Refreshingly the veteran of 41 MMA fights is still completely focused on his MMA career and has absolutely no intention to slow down or quit,

"I’m hoping to get as many fights in as possible, some big fights this year would be nice. As long as I keep doing well and winning and the fans want to see me fight I’ll keep fighting for a long, long time. I'm still only 28 and I've got another six or seven years at least. I'm passionate about martial arts and as long as I can feed my family and pay the bills and get to train full time that’s enough for me."

You get the impression that even if Daley hadn't made it to the pinnacle of the sport he would still probably be training every day after work and getting fights in whenever he could. After fighting non stop for eight years he still has a burning desire to compete which none of the setbacks he has suffered so far in his career can diminish,

"I want people to be able to continuosly see improvements in me, whether that’s conducting myself in interviews, whether that’s knocking more people, putting on more entertaining fights or just making the weight. I want to fulfill my potential and a lot of people look up to me and appreciate what I do and I owe it to them to be the best that I can possibly be and that’s what I want to do in 2012."

For up to date news on Paul Daley visit: www.semtex.tv.