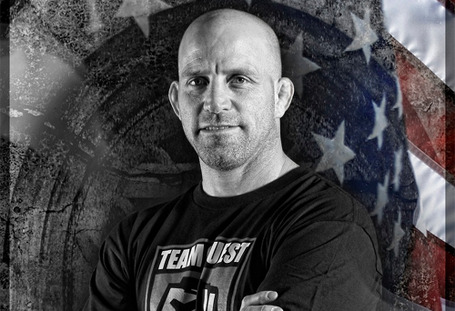 Heath Sims rarely gives interviews, in fact when I began researching this article the last one I could find was from a copy of the LA Times published over a decade ago (here). Despite this lack of overt publicity he has still managed to quietly establish a reputation as being the number one wrestling coach in the modern MMA world.

As a wrestler Sims defied the odds to make it to the 2000 Sydney Olympics after suffering serious injuries in a accident the previous year. He was at the US Olympic facility in Colorado Springs when he snowboarded off the side off a mountain, lacerating his spleen and nearly severing his kidney from his body.

Sims could literally not leave his bed for two months after the accident. Most men would never have wrestled again but not only did he recover, he went to the Olympic Trials and, despite being completely unranked at the time, managed to defeat all comers to book his spot on the plane Sydney.

Qualifying for the Olympics demonstrated that Sims is an exceptional athlete, a point he reiterated during his subsequent MMA career, but getting up off his bed and actually making it to the qualifiers demonstrated a remarkable strength of mind and resilience.

In 2012 Sims will be doing something else a little out of the ordinary. He has sold his share in Team Quest and is relocating to Singapore in order to run the wrestling program at Evolve MMA. Traditionally the US has been the only country consistently converting elite wrestlers into mixed martial artists and the decision of such a decorated coach to switch continents could just signal a small shift in the balance of power.

It must have been a difficult decision for Sims, who was born and bred in California, to pack up, sever his ties with Team Quest and head East but he says when he learned about what was happening at Evolve MMA he had no hesitation in moving 90,000 miles to be a part of it,

"I decided to join Evolve after speaking with the owner Chatri. He told me his vision and goals for the gym and fighters. Then he offered me a good position to help build the best MMA team in the world. I think it is a great opportunity to improve myself as a coach. I love to travel and experience new things so it was a great fit at this time for me."

The only missing piece in the jigsaw was a world class wrestling coach and Evolve MMA believe Sims will fill that void while the former Olympian is convinced that he is becoming part of the most sophisticated training team in the world,

"The level of coaches at Evolve is what impresses me the most. At Team Quest we put most of our resources to the coaching and have a great staff but Evolve has taken coaching to a new level that is unheard of in any MMA gym in the world, they already have 50 coaches, when I arrive they will have 51. It's the largest team of instructors in Asia, if not the world."

He brings with him 15 years of MMA experience but when he first began to study the sport he could never have imagined the extent to which it would come to dominate his life.

"I began training MMA in 1997. I started training for fun with Dan Henderson before his first fight in Brazil. I lived in Huntington Beach at the time and trained with Hendo, Tito, Rampage, Razor Rob, Tiki, Colin Oyama, and Fabiano Iha. Looking back we had a great group of fighters."

Sim's professional MMA career did not began until 2002 two years after the Sydney Olympics. Back then fighters were less focused on padding or protecting their records and after only three fights he found himself competing in Pancrase in Japan.

When Sim's retired from competition in 2006 he had faced the likes of Katsuya Inoue, Satoru Kitaoka, Takafumi Ito , Brad Gumm and Antonio McKee running up a respectable 5-4-2 record which reflected the fact that he was never given an easy fight.

He is better known now for his work as a coach then for being a former fighter, a career path which he first embarked on three years after the Olympics,

"I started coaching wrestling in 2003 for our local kids wrestling club. I continued for about two years and took 20 wrestlers to Armenia during the summer to experience traveling and competing overseas. I helped coach many state champions and national place winners. In 2006 Dan Henderson and I opened Team Quest in California and at that time I began coaching members and fighters."

The composition of the fight team at Evolve MMA is a little different from the one at Team Quest which consists mainly, but not exclusively of former wrestlers. In Singapore Sims will find himself working more with fighters who don't come from a wrestling background, with NCAA Division One Qualifier Jake Butler being the most notable exception.

It will be a different type of challenge for Sims who instead of teaching wrestlers to adapt to MMA will be helping established fighters like Shinya Aoki, Rafael Dos Anjos, Eddie Ng and Zorobabel Moreira improve their wrestling game,

"Wrestling is one of the key components in MMA. A specialized fighter from Jiu Jitsu or Muay Thai does not need to become a world class wrestler but they need to have good wrestling skills to implement their strengths. This will be a very exciting change for me and I am looking forward to the challenge. My main goal is to improve wrestling with the fighters. That is what I do best and contribute the most."

Sims will need to hit the ground running because two of the Evolve MMA fighters, Rodrigo Ribeiro and Alex Silva, have career defining fights coming up ( see video below). While he will only arrive in Singapore a few days before ONE Fighting Championship 'Battle of Heroes' both the Brazilians are taking on tough opponents and a few words of wisdom from someone so experienced could be the difference between success and failure.

His first year in Asia will be a busy one because almost the entire Evolve MMA fight team have signed with Asia's most prestigious MMA promotion, ONE Fighting Championship, who will be putting on events in major cities all over Asia. Eddie Ng, Zorobabel Moreira and Nicole Chua are all set to fight in Singapore in March while Shinya Aoki has a rematch with Eddie Alvarez booked for a Bellator show the following month.

Sims will also be heading back to the US to corner his old friend Henderson but apart from that his sole focus will be on helping Evolve MMA cement it's status as Asia's leading mixed martial arts academy, and maybe even establish itself as number one worldwide.