Share All sharing options for: UFC on FOX 2 weigh-in photos gallery for 'Evans vs Davis' in Chicago

The second network television offering features a light heavyweight number one contender bout pitting former division champion Rashad Evans taking on rising contender Phil Davis. A win for the former nets a title shot, a win for the latter puts him "in the mix."

Also on tap is a pair of middleweight match-ups that will see Chael Sonnen vs. Michael Bisping in a fight to determine who is next for Anderson Silva as well as Demian Maia vs. Chris Weidman.

Check out the photo gallery from today's UFC on FOX 2 weigh in event (via MMAFighting.com) after the jump. 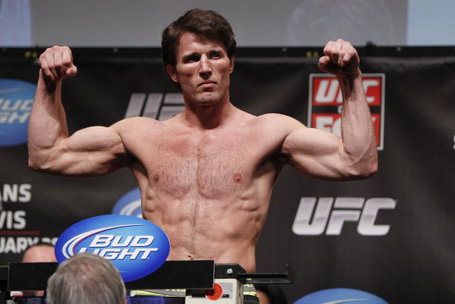 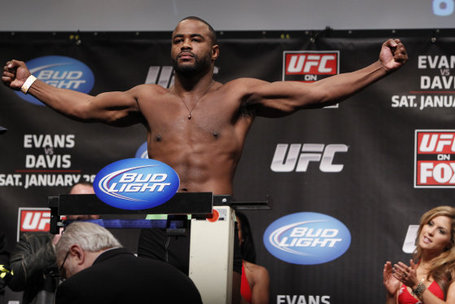 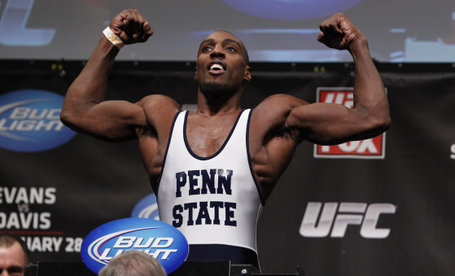 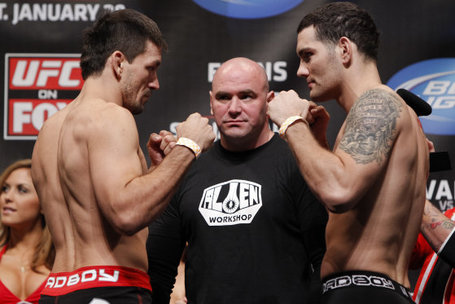 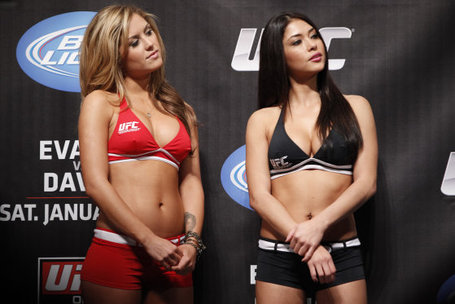