Good morning Maniacs. Fresh off of UFC on FX we get to watch ProElite3!

But most of us are also looking forward to next weeks UFC card on FOX. Lets get started.

Here is the first fight of the prelims, enjoy! I'll be doing the rest soon.... Instead of just one fight. I am simply out of time and wanted to put this out. I have to go to a live event to corner some buddies in their fights. Have a good weekend. 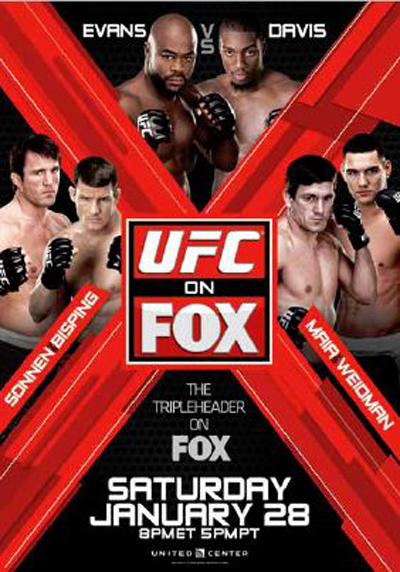 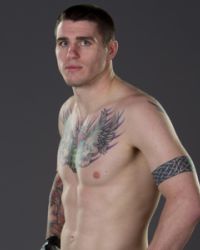 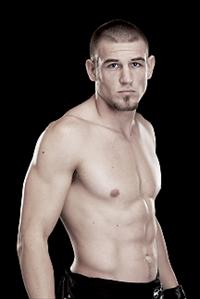 -Chris Camozzi - 25 years old - 6'3" - Reach: 75.5"
-Camozzi was born Alameda, California and made his pro debut in 2006. He is a so-so finisher with a finishing ratio of 60%, with 4 KO/TKO's and 5 submissions. Camozzi is known by many fans due to his time on TUF, where he had to withdraw due to injury during a preliminary fight. He was given a shot in the UFC anyway with a 12-3 record, and won two straight over James Hammortree and Dong Yi Yang. He was then submitted by the much more experienced Kyle Noke at UFC 127. He was then released from the UFC due to a "roster purge."
From there Camozzi would fight at Shark Fights 15 in a closely contested fight against PRIDE, EliteXC, and Strikeforce vet Joey Villasenor. Originally ruled a draw, it was later overturned for as a split decision for Camozzi. He was then offered new contract, to fight against Francis Carmont at UFC 137. He lost that fight by unanimous decision, with one judge calling for a 30-26. Camozzi is a purple belt in BJJ, and is a kickboxing/Muay Thai based striker.

-Dustin Jacoby - 23 years old - 6'4" - Reach: 77"
-Jacoby was born in the Ft. Morgan, Colorado and made his pro debut in 2010. He is a finisher, with all of his victories coming before the final bell; 5 KO/TKO's and 1 submission. His lone loss came by way of decision to 8-0 Clifford Starks at UFC 137. He lost the via decision in a very boring fight where Starks essentially used his wrestling to win a decision. He played football in college and is an all round gifted athlete, he has a background in Taekwondo and scholastic wrestling but stopped at a very young age. His is extremely young and very green. Based on his wild stand up exchanges in the you tube videos I found and his general lack of actual experience, I think he's been getting by on pure athletic ability. But damn does this kid have the ability to grow and improve. His biggest win to date is over 13-6-1 Bellator vet Ryan Sturdy.

My Pick: Camozzi is more experienced. Camozzi is leagues ahead of Jacoby in from what I can tell: every area of the fight. Jacoby's best bet to win this fight is to use his long length and power shots, looking for the KO. Camozzi isn't a star on the ground but he is a purple belt in Brazilian Jiu Jitsu and that may spell the end for Jacoby who was unable to stuff the takedowns of 5'10" Clifford Starks. Jacoby is only 23 years old, and he has the potential to be an excellent fighter, he needs to grow into his body and develop his really raw skills. Unless he's made insane leaps in his skill set in the last 3 months, expect a submission win for Chris Camozzi sometime in the second round.