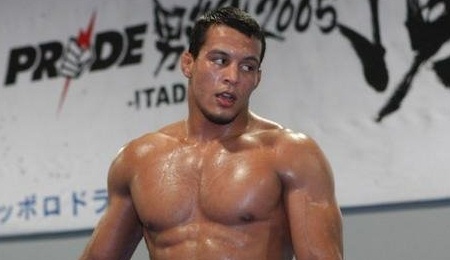 The Gracie’s have stamped their name right alongside Jiu-Jitsu. Whether the label of Brazilian or Gracie precedes Jiu-Jitsu, the world of grappling identifies the two as being synonymous.

For years, even decades, the Gracies have ruled the grappling world. From Royce dominating other combat martial arts in the early days of the UFC, Rickson’s claim of being undefeated with more than 400 victories and Royler Gracie’s impressive run in grappling tournaments when not one person scored a single point on him.

But just like any other competitive sport, a changing of the guard happens frequently. From Sakuraba’s dismantling of the Gracies in PRIDE to Eddie Bravo being the first man to submit a Gracie in major competition, it happens and the reason is always the same: skills evolve and adapt.

With the evolution of fighters comes the evolution of skill sets. More moves are incorporated into the sport including counters for all those new moves. And in time, more moves that have existed for years are often showcased way later than their innovation.

It took a long time before moves like the Gogoplata and Twister were ever showcased any way other than demonstration. For more on one of these innovative moves, follow me after the jump.

Vinny Magalhães may sound familiar to fight fans and that is because he was the runner up for the The Ultimate Fighter: Team Mir vs Team Noguiera. He is now currently M-1 Global’s light heavyweight champion.

He is also a Jiu-Jitsu wizard.

Earning his black belt in fashion, Vinny was promoted by Vinicius Aieta and Royler Gracie after winning 13 matches (10 by submissions) and winning two gold medals in the World Jiu-Jitsu Championships in 2005. Added to his collection of accolades, Vinny was also the 2007 Super Heavyweight Champion in the World Championships.

His run would be ended by Xande Ribiero and Braulio Estima respectively.

This video highlighted the extent of Vinny’s incredible grappling talent:

After three minutes of feints and baiting attempts by both Vinny and Daniel, they finally clinch up with Vinny snatching an overhook on Daniel’s left arm. He drags Daniel towards the mat and off balance as he shoots in for a takedown.

It's the most significant action in the first three minutes.

Gracie actually stuffs the takedown but Vinny quickly recovers by exploding upwards latching on a body lock and takes Daniel Gracie’s back standing.

Not only did Vinny throw him off his base with the overhook to set up the takedown, he also showed the explosion and his grappling IQ when he was stuffed. He could have disengaged and reset or he very well could have been in a bad spot with his head in the mat and Gracie on top of him.

Instead, Vinny takes Daniel’s back with a very tight gripped body lock.

With back control Vinny now is seeking to get the fight to the ground without being countered or swept. Gracie, a fourth degree black belt, is a very dangerous grappler even when he is being attacked in a disadvantageous position.

Vinny takes his right leg, puts it right in front of the right foot of Daniel and trips him forward. He uses the leverage and his strength to add to the loss of balance Daniel experiences to force the fight to the mat. He attempts to get the hooks in to gain back mount on the way down but Gracie attempts to roll.

During the roll, Vinny abandons the hooks and settles for holding position. Still clutching a very tight body lock around the abdomen of Gracie, Vinny resets his base and ends by putting his left leg in the middle of Gracie’s legs.

Vinny hops to the left side of Gracie still maintaining the back position. Without hooks Gracie is still very dangerous, options to roll out or even into a leg lock is possible.

Vinny is staying active attacking from the behind of Gracie; he swiftly and smoothly hops back over to the right side and immediately gets his right hook in under Gracie. It is such a smooth transition and it happens so quickly that Vinny almost slips off the side of Gracie.

Instead of establishing the other hook to gain full control of the back mount, Vinny opts to make things more interesting. He locks down the right leg of Gracie in reverse which you could view as a reverse half guard since Vinny has locked down one single leg. He also has the triangle formation, the figure four of his legs controlling the isolated leg.

Also notice Vinny’s left leg, it is on the outer shin area of the isolated leg of Gracie. That will play its small yet significant part in controlling the position to set up the submission.

The overall set up is very unorthodox as most grapplers will attempt to really establish their hooks to get to a controlled back mount. Sometimes that will lead to the defender, in this case Gracie, being unexpectedly attacked from a different direction.

Here is where we should be looking closely.

With the leg isolated and locked down, Vinny is almost sitting sideways atop Gracie’s back. He reaches down to the free leg and grabs the ankle. As soon as he does he tucks his head and rolls forward using his momentum to also roll Gracie.

Since Vinny doesn’t do a full roll, he ends up on his back under the legs of Gracie, as Gracie ends up flat on his back.

It doesn’t seem like much but as soon as the extension of the hips begins the burning sensation in your groin muscles instantly begin to be uncomfortable and before you know it you are tapping out. It is a submission that adds extreme discomfort and almost no escape route to be a highly effective submission.

What is interesting to note is that this submission and set-up are heavily taught by Eddie Bravo and his 10th Planet Jiu Jitsu System. So much can come from this set up: not only is the Banana Split possible from it but so is the twister and the electric chair submissions.

Just another great showing of how innovative and risky technique can prevail even against top notch technicians like Daniel Gracie.