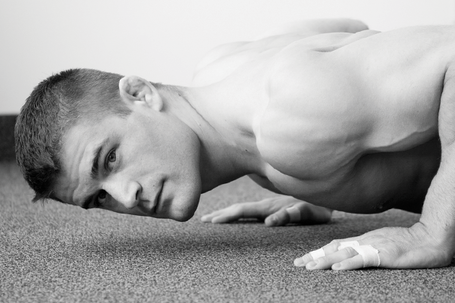 Bellator Fighting Championships today announced the signing of former NCAA Division I All American wrestler Rad Martinez, who fight fans may recognize from ESPN’s "Outside the Lines" video, featuring the featherweight's struggle to care for his disabled father.

From the Bellator press release:

“Frankie Edgar is definitely the one that talked me into giving MMA a shot,” Martinez said. “Every day he was always telling me how good I would be at MMA and how much I would love it, and eventually he just ended up talking me into it.

"When I first decided I wanted to pursue a career in MMA, there were several different gyms in my area that only offered night classes, and that wasn't going to work with my obligations to my dad. However, The Pit Elevated ended up putting a class together in the afternoon just for me. They really bent over backwards to help me out down there, and if they hadn't done that, I probably wouldn't be competing today."

Video of Martinez's recent ESPN appearance after the jump.

The Bellator 145-pound division has a pretty impressive line-up ... can they give the UFC featherweights a run for their money?