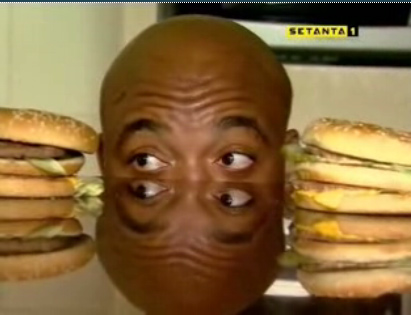 UFC Middleweight Champion Anderson Silva, on the heels of his upcoming UFC 134 fight against Yushin Okami on Aug. 27 in Rio de Janiero, has signed a deal with Burger King to represent the fast food chain in Brazil.

That's according to Esporte.uol, who notes the contract runs until the end of 2011 and the campaign featuring "The Spider" will begin next month.

Here's what a rep from Burger King had to say about signing one of the best fighters in MMA history:

"Anderson has a great identity with the brand, is an idol of many audiences, especially young people, our main customers. We believe he has much to contribute to make the new campaign more fun and impactful."

Silva went on to say he is "very happy to be a part of the campaign" and is sure it will be a success. How many Maniacs are eagerly awaiting the first commercial to drop?