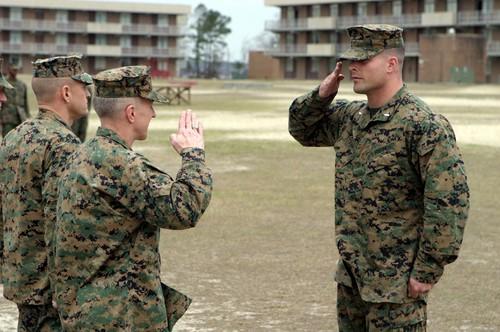 Brian Stann is a bad dude.

Stann's nickname is "All American." You knew that.

He served in the United States Marines. You probably knew that, too.

You may have also heard that, during his time of service, Stann was awarded the Silver Star Medal. But do you know why?

Today, MMAmania.com uncovered a public listing of Stann's heroic deeds in great detail. Here it is:

So there you have it. That's real Rambo stuff. It's easy to see why a guy like that doesn't fold under pressure in the cage. He's seen much worse.

Chael Sonnen is going to have his hands full at UFC 136 at the Toyota Center in Houston, Texas, on Oct. 8, 2011. He might even have his mouth filled with knuckles, too, if he's not careful.